LVB Merger With DBS in Delay:

The LVB merger with DBS bank is in delay. The Lakshmi Vilas Bank amalgamation plan is going on with the Indian Subsidiary of the Development Bank of Singapore. but now the RBI has delayed the final merger scheme of LVB Merger with DBS for one week.

The Lakshmi Vilas Bank (LVB) is a private lender, founded in 1926. The Headquarters of the LVB is in Chennai. It became a ‘scheduled commercial bank’ on 11 August 1958. Recently the bank faced a huge loss. As a result, On 17th November 2020, the Reserve Bank of India issued a notification and declared that the financial position of Lakshmi Vilas Bank is not sufficient to pay off its depositors. So they have announced a moratorium period of one under which depositors are able to withdraw a limited amount of money. The RBI quoted following reasons for the suspension,

On the same day, the RBI announced the amalgamation plan of LVB with DBS. 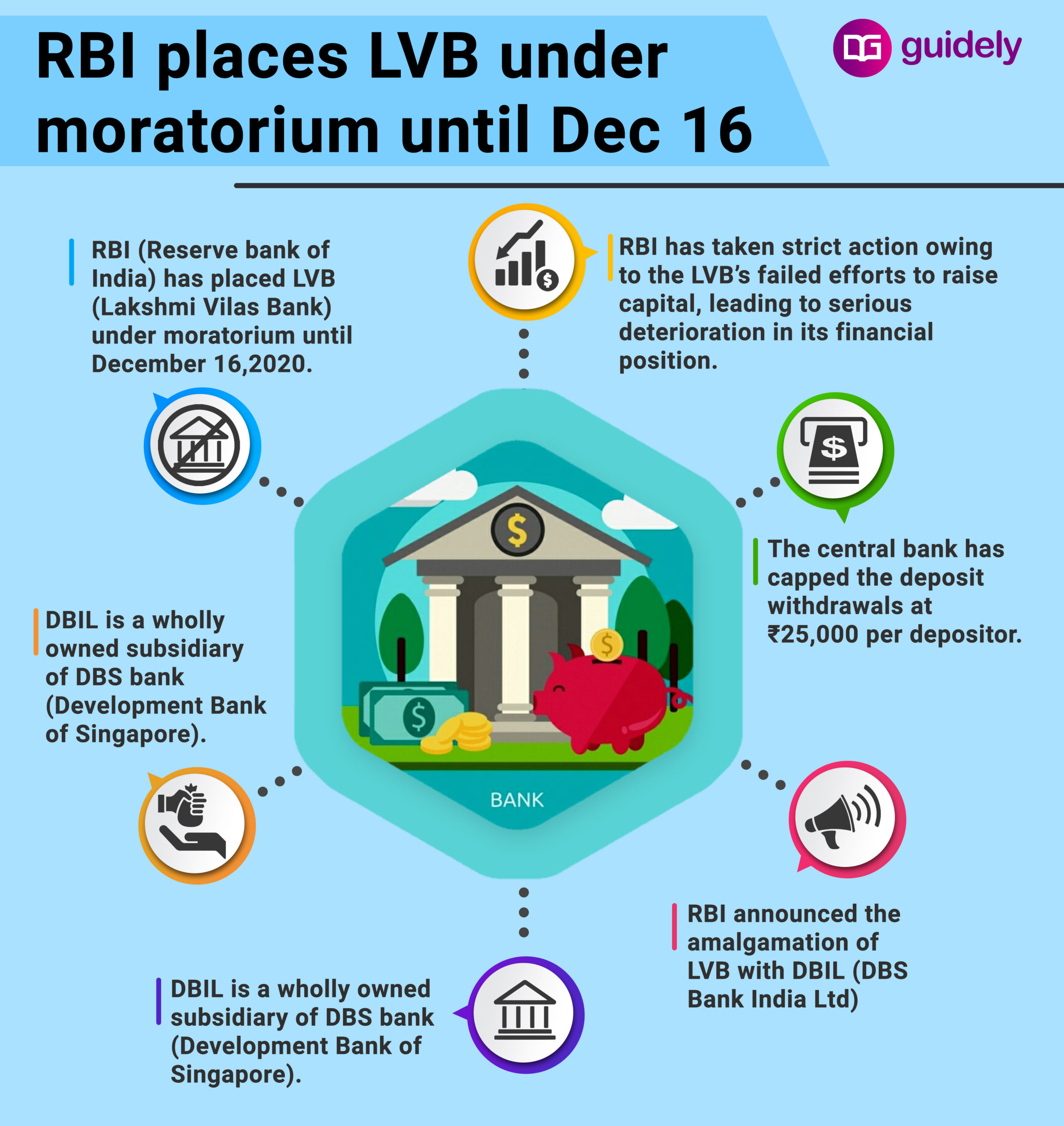 DBS (The Development Bank of Singapore, Ltd) is a Singapore based Foreign bank. In this merger, RBI stated that the DBS India will infuse ₹2,500 crore capital into LVB. The LVB merger news with the Indian subsidiary of DBS bank is now in delay for one week. So the final confirmation on this merger plan will get delayed for one week. We have to wait for another week to know complete details on the LVB merger news.

So stay tuned for the updates on the LVB merger news. We will update you with the hot news about the LVB merger after the official confirmation. Till then watch up this space for fast updates about the merger.