The region-wise SSC CHSL Admit Card Links for 2020 Tier-I Exam are mentioned below: 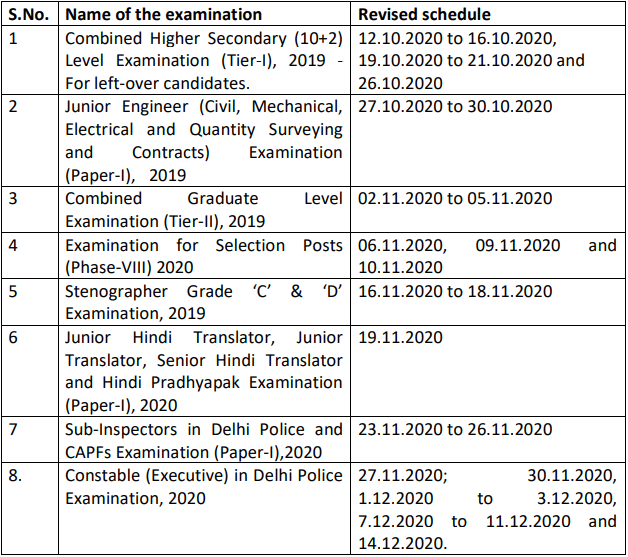 The admit card will be out soon as the Tier -1 examination for left-over candidates starts from October 12,2020. Click here to attempt SSC quizzes

Step 1 – Go to the official site and click on download SSC CHSL admit card.
Step 2 – A new page will appear on the screen of your device.
Step 3 –Now, you will have to enter your “Registration ID /Roll No. / Name and Father Name” and “Date of Birth”.
Step 4 – Now click on the “Login” button.
Step 5 – You will be able to see your  Admit Card on the screen.
Step 6 – Now download it and take a print out for further reference.

Once the Admit Card for SSC CHSL Tier 1 has been downloaded, Candidates need to check all details in the admit card:

Check out this space for all the updates. To know more about the SSC CHSL exam Details is here.