Dear Aspirants, RRB ALP & Technician post was released with 23,801 vacancies. Most of the candidates would be in the peak of the preparations for RRB ALP Posts. RRB ALP previous year paper is available for free of at our site to assist the candidates.  The RRB ALP Question paper will definitely assist the candidates to get clear idea about the exam pattern. Using the RRB ALP Previous paper the candidates can validate their standard and also they can manage their time efficiently during the examination. Do follow the mock test and the preparation strategy, we IBPS Guide wish you all a grand success.

Follow the RRB ALP Syllabus and the RRB ALP Question paper to get through the examination. Take up the hardest level mock tests we are providing to become stronger on your part. Stay tracking us to know the date of the RRB ALP Examination. 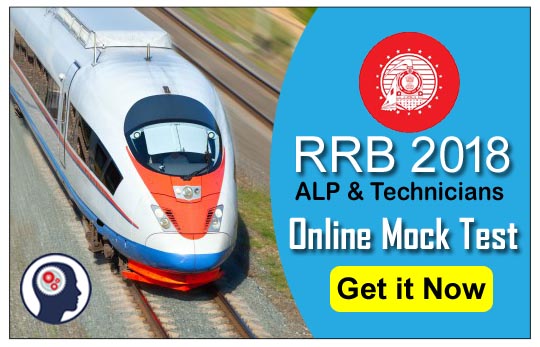