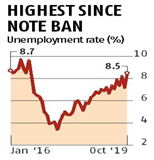 Industrialist and son of Modinagar’s founder, K KModi passes away