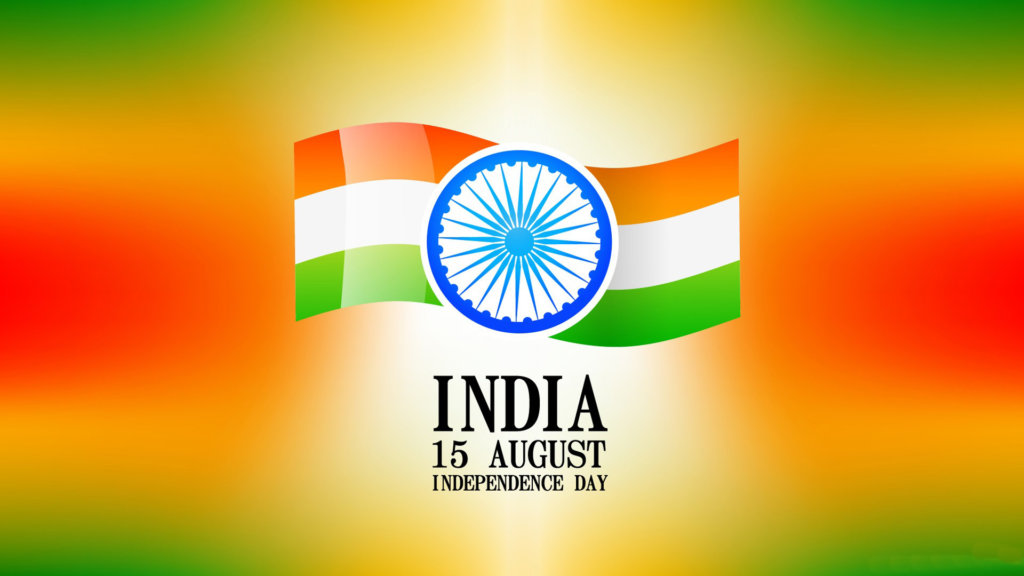 The nation celebrates its 71st Independence Day (15th August 2017) and the main function was held at the Red Fort of the national capital where Prime Minister Narendra Modi hoisted the National Flag.

The India-ASEAN Youth Summit begins in Bhopal. The event is being organised by Foreign Ministry, Madhya Pradesh government and India Foundation. Minister of State for External Affairs General VK Singh, and Madhya Pradesh CM Shivraj Singh Chouhan inaugurated the five day Summit. The exercise will mark the 25th anniversary of the ASEAN-India dialogue partnership in the ongoing year and also the commemorative year’s theme of “Shared Values, Common Destiny”. 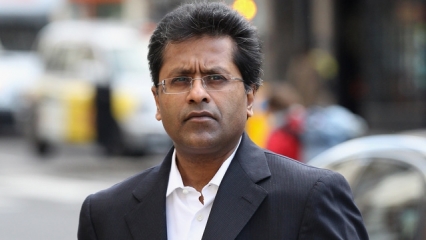 Lalit Modi has resigned as president of the Nagaur District Association, marking an end to his presence in the Rajasthan Cricket Association (RCA), which was banned by the Board of Control for Cricket in India (BCCI) for allowing him in its fold. 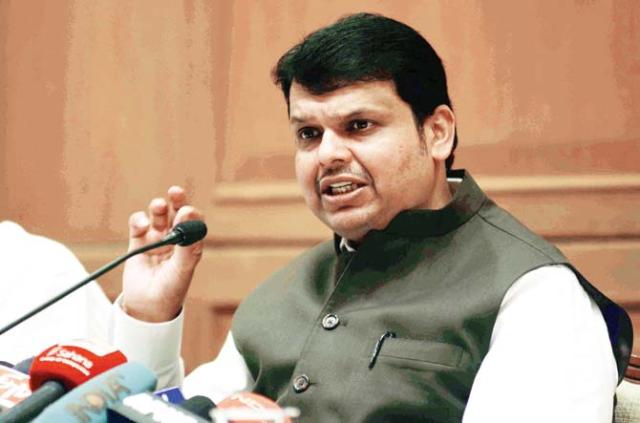 Maharashtra Chief Minister Devendra Fadnavis launched Namo Yuva Rojgar Kendra an initiative providing job opportunities to unemployed youth in Mumbai. There are various schemes like farmers weekly market, farmers mobile market and mother’s Tiffin, under this Yuva Rojgar Kendra. These products will be made available with the help of mobile vans all over Mumbai and the information about the location of the vans is made available through an app. This app was also launched by the Chief Minister. 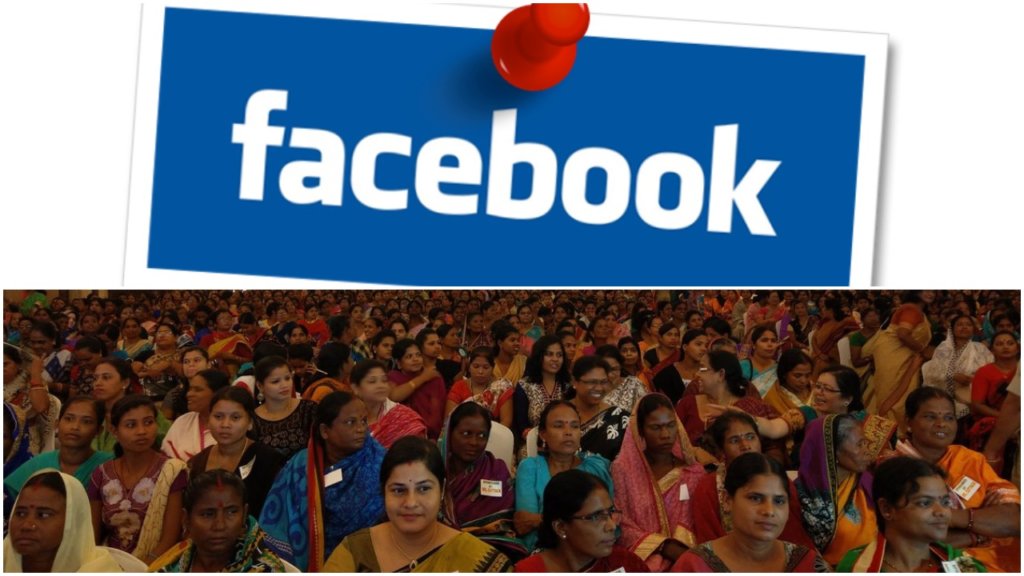 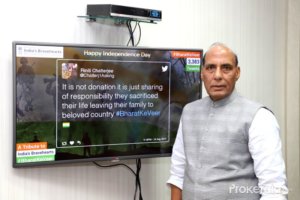 Home Minister Rajnath Singh has launched the live twitter wall for promoting Bharat Ke Veer portal on the eve of 71st Independence Day. On the occasion, Mr Singh and Ministers of State for Home Affairs Hansraj Gangaram Ahir and Kiren Rijiju contributed their one month salary for Bharat Ke Veer corpus. Mr Singh has handed over a cheque of 1.59 lakh rupees to the Union Home Secretary Rajiv Mehrishi in New Delhi. 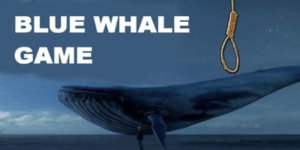 The Indian government has directed internet majors- Google, Facebook, Whatsapp, Instagram, Microsoft and Yahoo – to immediately remove the links of dangerous online game Blue Whale Challenge, which has led to suicide of children in India and other countries. Mumbai and West Midnapore district have reported deaths linked to this game. Ministry of Electronics and IT (Meity) instructed the internet majors in a letter to ensure that any such link of this deadly game in its own name or similar game is immediately removed from their platform. The letter was issued following instructions from Law and IT Minister Ravi Shankar Prasad. 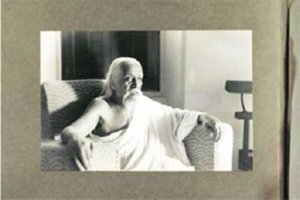 India paid tributes to Sri Aurobindo on his 145th Birth Anniversary. Sri Aurobindo’s rich thoughts and grand vision for India continues to be a great source of inspiration. A spiritual reformer and philosopher, Sri Aurobindo had a major contribution in the Indian freedom struggle. 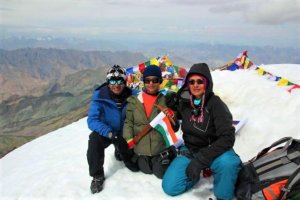 The 9 year old Kaamya Karthikeyan became the youngest person to reach the summit of the 6,153 metres-high Mt Stok Kangri in Kashmir. Kaamya reached the peak by climbing 30 Km over a course of 3 days, with an altitude gain of 2,750 metres. In May 2017, Kaamya had successfully reached the base camp of Mt. Everest at 5,464 metres.

No Gandhi Jayanti holiday this year in Rajasthan state-run universities

All state-run universities in Rajasthan will not observe a holiday on October 2 on the occasion of Gandhi Jayanti this year. Only 24 holidays have been listed for the academic year 2017-18, in the calendar issued by the office of Rajasthan governor Kalyan Singh and by the Chancellor of all state universities. 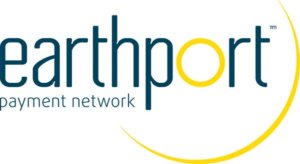 Earthport has appointed Sandeep Gupta as its head of India Earthport is a company which runs a network for cross-border payments. Earthportis also recently announced its partnership with Kotak Mahindra Bank. 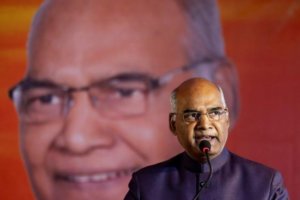 Havaldar Giris Gurung from first Gorkha Rifles who was martyred during a major counter-infiltration operation along the Line of Control in Naugam sector of Kashmir has been awarded Kirti Chakra posthumously.

Major David Manlun, who was martyred during an encounter with militants in Mon district of Nagaland, CRPF commandant Pramod Kumar who was martyred in a terror attack in Srinagar’s Nowhatta hours before last Independence Day has also been awarded Kirti Chakra Posthumously.

CRPF commandant Chetan Kumar Cheetah who miraculously recovered from the deep coma after being hit by at least nine bullets during a gun battle with terrorists in Jammu and Kashmir has been awarded Kirti Chakra, the 2nd highest peacetime gallantry award.

The Indian Army has been evicted from a multi-nation tank competition in Tank Biathlon Russia 2017 at Russia due to their T-90 main battle tanks had technical problems at the Alabino ranges in the Moscow region.

The greatest sprinter of modern times, Usain Bolt from Jamaica retired from the Athletics 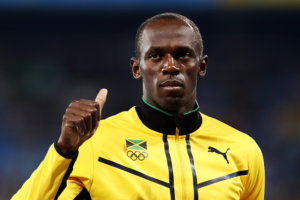 The greatest sprinter of modern times, Usain Bolt from Jamaica retired from the Athletics world. But at farewell Race, he injured himself while running the last lap of the men’s 4x100m relay race in the World Athletics Championships in London. Running the final race of his career, the 30-year-old Bolt, after taking the baton from his Jamaican teammate Yohan Blake, suffered cramps on his left hamstring.

Usain Bolt – A pure Non-drug Athlete in the History 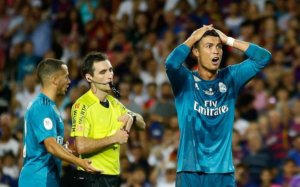 World Player of the Year, Cristiano Ronaldo was banned for five-match by the Spanish football federation. He has been banned for pushing the referee after being sent-off in Real Madrid’s 3-1 win over Barcelona in the First Leg of Spanish Super Cup. Ronaldo received an automatic one-match ban for his dismissal and an extra four games for his reaction towards referee Ricardo de Burgos Bengoetxea. He has also been fined 4,500 US dollars and has 10 days to appeal the ban.

He plays as a forward for Spanish club Real Madrid and the Portugal national team.

Cristiano Ronaldo has won Fifa’s world player of the year award for the fourth time after winning both major European titles in 2016. 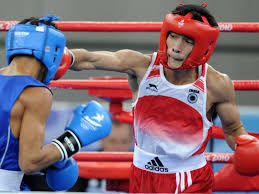 India bagged two gold in the 6th Golden Glove Women’s Boxing Tournament at Vojvodina, Serbia. While Jyoti won Gold in 51 kg category, and Vanlalharitpuii bagged it 60 kg category. In all, India won two gold, four silver and four bronze medals in the tournament. The silver medals were clinched by Anjali in 48kg, Sakshi in 54kg, Ashtha in 69kg and Anupama in 81kg categories. Mandeep in 57kg, Nisha in 64kg, Shruti in 75kg and Neha in 81+kg category settled for bronze medals.