Digital Haryana Summit to be held at Gurugram 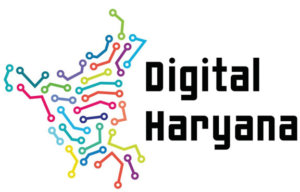 The Haryana government will organise Digital Haryana Summit in Gurugram on September 15 to discuss issues like digital governance, smart living in cities and villages, citizen partnership, and entrepreneurship among others. The summit aims to bring together different stakeholders and develop a singular agenda for the digital transformation of Haryana, in line with the Digital India initiative.

For use of ‘postcard’ Paytm gets notice from India Post 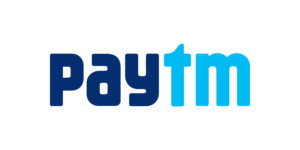 India Post has sent notice to digital payments startupPaytm to stop using the term ‘postcard’ for its recently launched product Paytm Postcards. The notice, addressed to Paytm CEO Vijay Shekhar Sharma, said India Post had the sole right to use ‘postcard’ under the Indian Post Office Act. Paytm Postcards is a digital version of gifting money during special occasions. 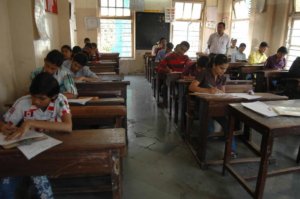 The Maharashtra education board has launched a web portal with online question banks to help students prepare for competitive exams on their own. The portal, which can be accessed for free, will function as a substitute for expensive coaching classes, board officials said. This comes after state School Education Minister VinodTawde banned integrated coaching in Maharashtra in July. 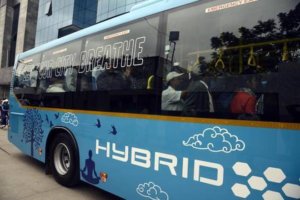 The Karnataka government will soon come out with an ‘Electric Vehicle and Energy Storage Policy’ aimed at reducing pollution and promoting healthy environment, Industries Minister RV Deshpande said. Though electric vehicles are expensive, he assured that the policy devised by Major and Medium Industries Department would have features to draw investors and manufacturers of electric vehicles.

NitiAayog: Good prospects for India to achieve over 8 % growth in 2-3 years 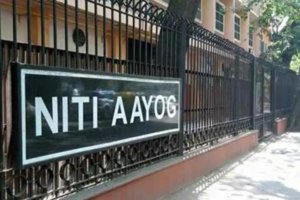 India has good prospects of achieving over eight per cent growth within two to three years and the chances of massive cut in the poverty rate in the upcoming decade are excellent. This was stated by NitiAayog in its three Year Action Agenda unveiled. It has come out with a detailed plan for reforms in the economy, judiciary, regulatory structure and social sectors in the document. 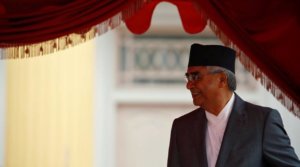 Nepal Prime Minister SherBahadurDeuba will be reaching Hyderabad on a two-day visit.

Mr Deuba is currently on a five-day visit to India and visiting Hyderabad and Tirupati. According to an official release, Mr Deuba will visit the Infosys campus in Hyderabad and also the T-Hub, a start-up incubator set up by the Telangana state Government in the state capital. 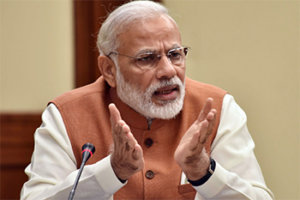 Prime Minister NarendraModi has said that the prosperity of farmers is essential for the balanced development of the nation and the dream of new India cannot be achieved without it. Addressing the Golden jubilee celebrations of Bhartiya Agro Industries Foundation in Pune through video conferencing, Mr Modi said the farmers, who are the Anna Data of the nation, should be free from worries and the government is working to double their income by 2022. He said the production centric and income centric approaches have been adopted in agriculture sachems to achieve the goal. 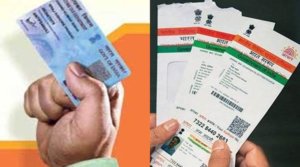 Linking of Permanent Acount Number, PAN with biometric identifier Aadhaar will continue as previously directed and so will be the quoting of the 12-digit Aadhaar number for availing various government subsidies. UIDAI CEO Ajay BhushanPandey said this after the Supreme Court verdict holding privacy as a fundamental right. He said the verdict, in no way, stops quoting of Aadhaar for various schemes as well as filing of income tax returns.

The Agriculture Department of Karnataka has signed a Memorandum of Understanding (MoU) with software giant Microsoft India to develop a unique ‘farm price forecasting model’.The first-of-its-kind initiative will use the latest IT tools to aid farmers, administrators and other stakeholders to understand the market behaviour in advance. The move will enable the farmers of Karnataka, who struggle with the market’s unpredictability, to be more prepared.The project is being supervised by the Karnataka Agriculture Prices Commission (KAPC). 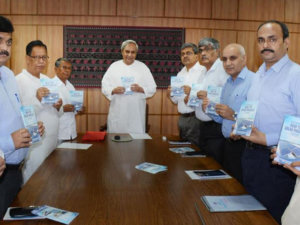 Odisha Chief Minister Naveen Patnaik launched a grid-connected rooftop solar programme through a net-metering system at the State Secretariat in the capital city of Bhubaneswar. The Chief Minister also launched an online web portal of the programme.The solar programme will be implemented by Odisha Renewable Energy Development Agency (OREDA). It mainly aims at harnessing renewable solar capacity through people’s participation to further strengthen the grid and reduce power losses in the state, benefiting the public. It also aims to help the state in addressing the climate change action plan.

2nd round of bidding for UDAN launched by Civil Aviation Ministry 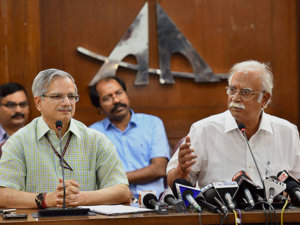 Civil Aviation Ministry has launched the second round of bidding for its Regional Connectivity Scheme-UDAN. The scheme aims at providing connectivity to special priority areas which include Jammu and Kashmir, North East, Lakshwadeep and Andaman and the Nicobar Islands.Civil Aviation Minister Ashok GajapathyRaju said huge impetus is being given to these priority areas by allowing less than nine seat flights and helicopters. He said the lower distance limit of 150 kilometres between airports for eligibility has been removed in the second round.

World’s longest commercial flight to be announced by Qantas Airways 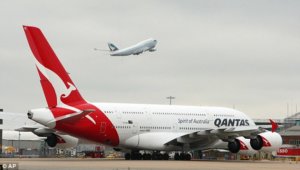 Qantas Airways is set to offer a 20-hour non-stop flight from Sydney to London, making this the world’s longest non-stop commercial flight. The flight, which will cross ten time zones, will reportedly be made available within the next five years. It will take a 17,038-kilometre route over Asia and Europe, and another over the North Pole. 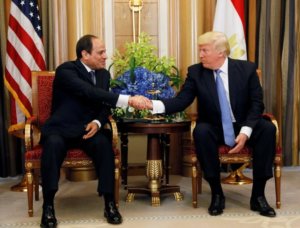 US President Donald Trump called Egyptian President Abdel Fattah al-Sisi and said he was keen on developing the relationship between their countries, and overcoming any obstacles that might affect it.President Abdel Fattah al-Sisi’s office said, the telephone call came two days after two U.S. sources familiar with the matter told Reuters that Washington had decided to deny Egypt 95.7 million dollars in aid and to delay a further 195 million dollars because it had failed to make progress on respecting human rights and democracy.

The United States to install radar systems in Palau 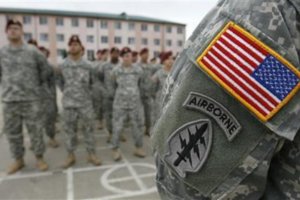 The United States on 24 August 2017 announced its plans to install radar systems in Palau which is about 1300 kilometres south-west of Guam, the US Pacific territory that Pyongyang threatened to fire missiles towards earlier in August 2017.The US move will increase its monitoring ability in the western Pacific region recently rocked by threats from North Korea. 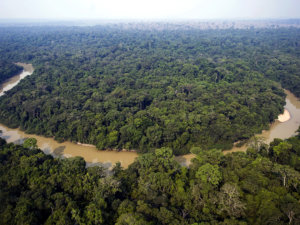 The Government of Brazil in August 2017 abolished a vast national reserve in the Amazon to open up the area to mining.The area covers 46000 sq km and straddles the northern states of Amapa and Para. The area is believed to be rich in gold, zinc, phosphate, manganese and other minerals.The government went on to state that nine conservation and indigenous land areas within it would, however, continue to be legally protected. 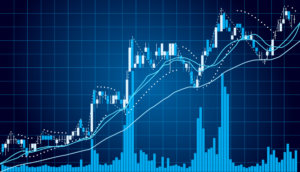 Cryptocurrency Ripple, which is used by many banks, climbed over 70% in just 24 hours on Wednesday. The price surge also saw the total value of Ripple grow to $11 billion (over ₹70,000 crore), briefly making it the third most valuable digital currency after Bitcoin and Ethereum. Notably, the current value of all digital currencies is over $100 billion. 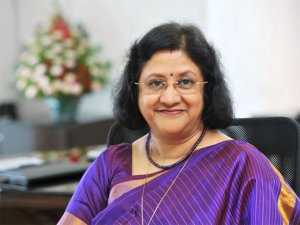 State Bank of India Chairperson Arundhati Bhattacharya has reportedly been offered a position on the Infosys board and the offer was first made almost 10 days ago before Vishal Sikka resigned as the CEO. Further, Bhattacharya was also offered a seat on the board of another IT company but that invitation came two days after Infosys’ offer, reports added.

The Reserve Bank issued new Rs 200 and Rs 50 denomination banknotes in the Mahatma Gandhi (New) Series, bearing signature of RBI Governor Urjit Patel. Initially, the new Rs 200 notes will be circulated by select RBI offices, and some banks. The new Rs. 200 denomination has motif of SanchiStupa on the reverse, depicting the country’s cultural heritage. The base colour of the note is bright yellow. The note has other designs, geometric patterns aligning with the overall colour scheme, both at the obverse and reverse. 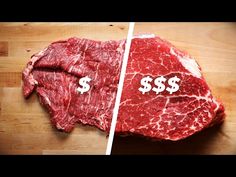 ‘Clean meat’ startup Memphis Meats on Wednesday announced it has raised $17 million in a funding round that saw participation from Microsoft Co-Founder Bill Gates and Virgin Group Founder Richard Branson. The startup grows meat from animal cells by adding oxygen, sugar, and other nutrients to cells without slaughtering actual animals. Memphis Meats has raised $22 million so far.

To allow bookings at kiosks -Ola, Uber tie up with airports 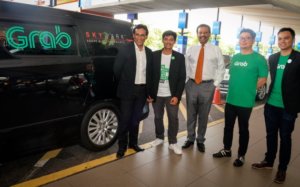 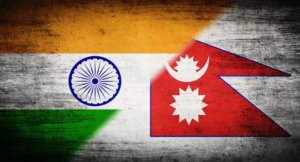 Describing their bilateral ties as deep, comprehensive and multi-faceted, India and Nepal have decided to expedite various joint infrastructure projects such as laying of rail links and building of roads.Prime Minister NarendraModi held comprehensive talks with his Nepalese counterpart SherBahadurDeuba in New Delhi and later in a joint statement the two leaders expressed satisfaction over the excellent state of India-Nepal relations. Mr.Modi appreciated the efforts being made by the government of Nepal to take all sections of the society on board in the constitution implementation process and in establishing Nepal as a federal, democratic republic. 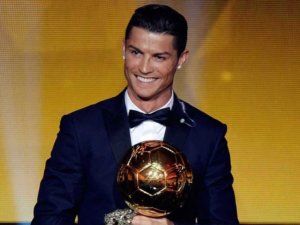 Real Madrid’s Cristiano Ronaldo has been named UEFA’s Best Player of the Year for the 2016/17 season, becoming the first footballer to receive the honour thrice. Ronaldo finished ahead of Barcelona’s Lionel Messi and Juventus’ Gianluigi Buffon, to be awarded in back-to-back seasons. The 32-year-old was the top-scorer in last season’s UEFA Champions League, which was won by Real Madrid.

NandanNilekani appointed Chairman of Infosys board 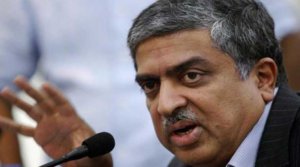 Infosys Co-founder NandanNilekani was appointed the non-executive Chairman of Infosys board. This comes after the board’s Chairman R Seshasayee and Co-Chairman Ravi Venkatesan submitted their resignations. Vishal Sikka, who recently stepped down as Infosys CEO, also submitted his resignation to the board. 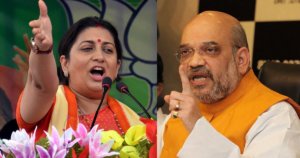 BJP National President Amit Shah and Union Minister SmritiIrani were officially sworn in as RajyaSabha MPs. The oath of secrecy was administered by RajyaSabha Chairman Venkaiah Naidu. Notably, this is Shah’s first stint as the member of the Upper House after serving as a five-term MLA in the Gujarat Assembly. 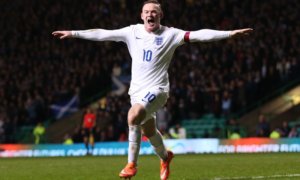 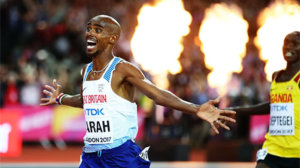 SanjivaniJadhav, a 20-year-old marathon runner from Nashik, won the silver medal in the women’s 10,000-metre at the 29th World University Games in Taipei. Jadhav, who won a bronze medal in the 5,000-metre race at the Asian Athletics Championships in Bhubaneswar in July, is also a medallist at the World School Olympiad. 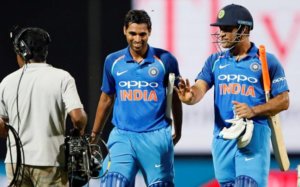 MS Dhoni and Bhuvneshwar Kumar set the record for India’s highest eighth wicket partnership in ODIs, after sharing an unbeaten 100-run stand against Sri Lanka. The partnership is also the highest stand for the eighth-wicket in a successful ODI chase. The highest-ever eighth-wicket ODI partnership is 138* runs by South Africa’s Justin Kemp and Andrew Hall. 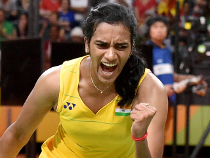 Olympic silver medallist P V Sindhu moved up a spot, while KidambiSrikanth slipped two places in the latest BWF World ranking released. Sindhu reached the World No. 4 spot while Srikanth was placed at 10. Women’s doubles pair of AshwiniPonnappa and N Sikki Reddy rose a place to be placed at 24th spot, while Pranaav Jerry Chopra and N Sikki Reddy were static at the 20th place. Among other Indians, SainaNehwal (16th), B SaiPraneeth (19th), H S Prannoy (15th) and Ajay Jayaram (17th) remained static in their respective positions. There were no Indian pair in the top 25 of men’s doubles rankings. 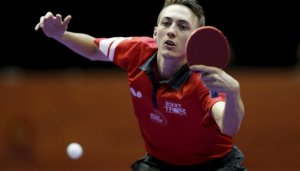