Dear aspirants, As we know that admit card for exam of Assistant Central Intelligence Officer (Grade-II/Executive) is out and tier-I exam is going to be held on 15th October 2017. So here we IBPSGUIDE bring some special points for you along with Exam Pattern, Detailed Overview of Syllabus and preparation tips.

The exam will be in Two Tiers followed by an interview.

All the marks will be added to prepare the merit list, so both tiers and interview are equally important. 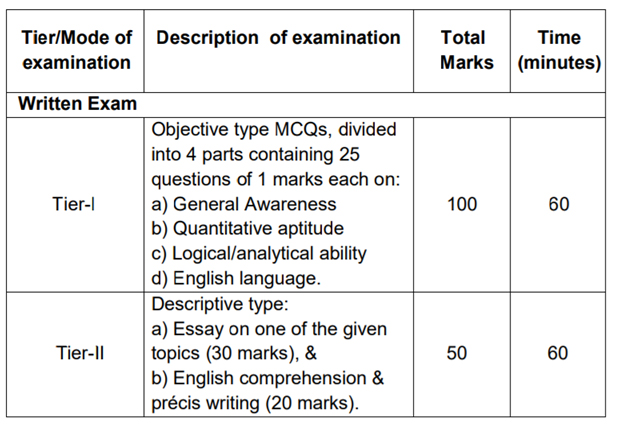 So tier-I of Assistant Central Intelligence Officer is similar to SSC CGL tier-I, but this paper is offline. 100 questions in 60 minutes will be there which is divided into 4 parts of 25 questions each from General Awareness, Quantitative Aptitude, Logical/ Analytical Ability and English language.

Note: There is no sectional cutoff for Tier-I.

Tier II is also divided in 2 parts one is of essay writing of 30 marks and other is of English comprehension of 20 marks in 60 minute. It will be on pen and paper mode.

As there is no official announcement about syllabus from Ministry of Home Affairs, so based on the previous exams we can expect mostly questions from the following topic –

Purpose of conducting this part is to check your English writing skill and Analytical Ability. Aspirants are advised to cover current topics of last 3 months (before exam) and gather knowledge on it, which will help you to write essay on it.

Based on the combined performance in Tier-I and Tier-II, candidates will be shortlisted for the Interview.

Candidates those who have cleared the Interview, based on the combined performance in Tier-I, Tier-II and Interview, they will be shortlisted for the final selection, which will subject to successful completion of their character and Antecedent verification and medical examination.

So cut off for tier-I of Assistant Central Intelligence Officer will depend on the level of exam. But on a rough overview we can say that above 80 can be the safe score but don’t accept it firmly because it can vary according to the level of examination.

Note: There is no sectional cutoff for Tier-I.

As the exam is on offline mode so prepare according to that.

Soon we will provide you the Model Solved papers for IB ACIO Examination, keep following.

All the best and keep practicing