Dear Aspirants, Our IBPS Guide team is providing new series of Reasoning Questions for IBPS Clerk Prelims 2020 so the aspirants can practice it on a daily basis. These questions are framed by our skilled experts after understanding your needs thoroughly. Aspirants can practice these new series questions daily to familiarize with the exact exam pattern and make your preparation effective.

Direction (1-5): Following questions are based on the five three-digit numbers given below.

1) If all the digits in each of the numbers are arranged in ascending order within the number, then which of the following number is the highest number?

4) If the position of the second and the third digits of each of the numbers are interchanged, then how many odd numbers will be formed?

5) If one is subtracted from each of the numbers, then how many numbers thus formed will be divisible by 4?

6) In which direction is point L with respect of point H?

7) What is the shortest distance between G and I?

8) In which direction is point J with respect to point K?

10) How many such numerals are there in the number ‘28432769’ which will remain at the same position when arranged in ascending order from left to right?

After the arrangement, 2ndnumber from the left end is – 576

3rd digit of the highest number is – 5

2nd digit of the lowest number is – 2 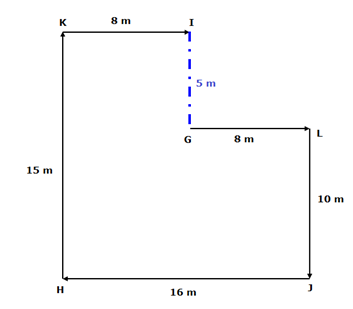