Gujarat Government has announced the Garments and Apparel Policy-2017, with the aim of creating more opportunities in the garment sector of Gujarat and to create huge employment opportunities for women through the apparel industry. This Policy is prepared with an aim to make Gujarat number 1 in textile which produces more of cotton. The State government will also provide incentives for garment unit owners for generating employment by providing subsidy in wages. The women workers will get Rs 4,000 subsidy, while their male counterparts will get Rs 3,500.

CMD of GIC Re – Alice Vaidyan 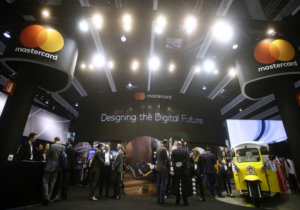 US-based fintech company Mastercard has announced the launch of its global research and development arm Mastercard Labs in Pune, India. After Singapore, this will be the second Mastercard Labs in Asia-Pacific, and ninth in the world. The initiative aims to bring and harness new commerce, payment and technology ideas at a fast pace in the country. 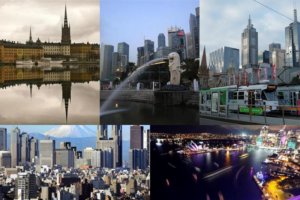 Pakistani city Karachi has been ranked the least safe city in the list.

India, which has more than a fifth (21 percent) of its children wasted (weigh too little for their height), slipped three places to 100th in the 2017 Global Hunger Index  (GHI). The ranking of India in the list was 97th in 2016. The 2017 GHI released by the International Food Policy Research Institute (IFPRI) termed India’s hunger levels ‘serious’ problem at hand. The data from the report showed that India ranked lower than all its neighboring countries – Nepal (72), Myanmar (77), Bangladesh (88), Sri Lanka (84) and China (29) – except Pakistan, which has been placed at 106th in the global hunger list.

The hunger report index of 119 countries also showed that in three years’ time India has seen a fall of 45 ranks from 55th in 2014. 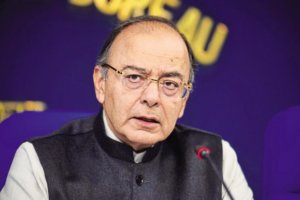 The Union Minister for Finance Arun Jaitley participated in the G-20 Finance Ministers and Central Bank Governors (FMCBG) Meeting in Washington D.C. The discussion focused on the agenda items pertaining to Global Economy and Framework for Growth, Compact with Africa and International Financial Architecture. As co-chairs of G20 Framework Working Group (FWG), India made the lead intervention during the Second Round of the Session on ‘Global Economy and Framework for Growth’, which discussed the IMF’s G-20 Report on ‘Strong, Sustainable, and Balanced Growth(SSBG)’.

The State Bank of India has launched a new product to provide a short-term working capital demand loan to its MSME clients. The new initiative, called SME Assist, would offer loans to MSME customers on the basis of their input credit claims under Goods and Services Tax (GST). The loan processing fee under the scheme is Rs 2,000. The companies applying for a loan under the product have to provide a certificate from their chartered accountant confirming the input credit claims. Under the scheme, the SME borrowers would have a moratorium period for the first three months.

The International Cricket Council Board has given an in-principle nod to the proposed nine-team Test Championship and a 13-team One-Day International league at the end of the meeting in Auckland. The Test competition will begin after the 2019 World Cup and the 50-over event sometime in 2020. The Test Championship will have nine teams play six series over two years – three at home and three away.

Netherlands captain Arjen Robben announced the end of his international career after his country failed to reach the 2018 World Cup finals despite a 2-0 win over Sweden. The 33-year-old Robben scored 37 times in 96 appearances for The Netherlands and helped them reach the 2010 World Cup final where they lost 1-0 to Spain after extra-time.

The 2019 FC Asian Cup will be held in the United Arab Emirates.