FAO celebrates World Food Day each year on 16 October to commemorate the founding of the Organization in 1945. Events are organized in over 150 countries across the world, making it one of the most celebrated days of the UN calendar. These events promote worldwide awareness and action for those who suffer from hunger and for the need to ensure food security and nutritious diets for all. The Theme for World Food Day 2017 is “Change the future of migration. Invest in food security and rural development”. World Food Day is a chance to show our commitment to Sustainable Development Goal (SDG) 2 – to achieve Zero Hunger by 2030. It’s also a day for us to celebrate the progress we have already made towards reaching #ZeroHunger. 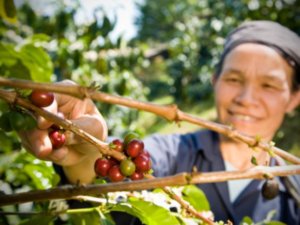 The first International Day of Rural Women was observed on 15th October 2008. This new international day, established by the UN General Assembly in its resolution 62/136 of 18th December 2007, recognizes “the critical role and contribution of rural women, including indigenous women, in enhancing agricultural and rural development, improving food security and eradicating rural poverty.” In agriculture, climate change exacerbates the existing barriers to gender equality faced by women farmers. Globally, women comprise 43 percent of the agricultural workforce and play a critical role in supporting the household and community food security.

2017 Theme: “Challenges and opportunities in climate-resilient agriculture for gender equality and the empowerment of rural women and girls.

The United Nations is an international organization founded in 1945.  It is currently made up of 193 Member States.

The current Secretary-General of the United Nations and the ninth occupant of the post is Mr Antonio Guterres of Portugal, who took office on 01st January 2017.

Within a week of being set up, the group of ministers (GoM) on making the GST composition scheme more attractive held its first meeting in New Delhi. The 5-member GoM, led by Assam Finance Minister Himanta Biswa Sarma, has also been tasked to revisit Goods and Services Tax (GST) rates for restaurants. With only over 15.50 lakh businesses out of 98 lakh registered under the GST regime opting for the composition scheme, the GST Council decided to set up the GoM to examine ways of making it more attractive.

The GST Council, chaired by Finance Minister Arun Jaitley and consisting of his state counterparts, had on October 7 constituted the GoM, which will submit its report by the end of November.

The Prime Minister Narendra Modi has laid the foundation stone for four sewerage projects under the Namami Gange programme; and four National Highway projects, at Mokama in Bihar. The total outlay of these projects is over Rs. 3700 crore. The four sewerage projects include Sewage Treatment Plant at Beur, Sewerage System with Sewer Network at Beur, Sewage Treatment Plant at Karmalichak and STP and Sewer Network at Saidpur. These projects together will create new STP capacity of 120 MLD and upgrade the existing 20 MLD for Beur.

Going digital, the Rajasthan assembly has become the first in India to call attention and adjournment motions and proposals online from legislators to send them to the state government. Speaker Kailash Meghwal has inaugurated the new system by sending a call for an attention motion to the state government with a click of the mouse. The system is expected to save time, labour and use of paper in the functioning of the assembly, and also help legislators in bringing attention to urgent public issues.

Former President Pranab Mukherjee has released the third part of his memoir ‘The Coalition Years: 1996-2012’, speaking candidly about believing he could have been the Congress choice for the Prime Minister’s post. Mukherjee’s memoir is the third in the series. The other two are — The Dramatic Decade: The Indira Gandhi Years and The Turbulent Years: 1980-1996.

Pranab Kumar Mukherjee is served as the 13th President of India from 2012 until 2017.

Pranab Mukherjee’s first stint as the Finance minister of India was during the Indira Gandhi government in 1982.

Day two of the India International Science Festival (IISF) in Anna University campus at Chennai saw the making of a new Guinness World Record for the Largest Biology Lesson. One thousand forty nine (1049) students participated in the record breaking session. Union Minister for Science & Technology and Earth Science, Dr. Harsh Vardhan stated that PM Narendra Modi to encourage and promote science and the Govt. of India has launched many Flagship Programmes in this regard. World Record attempts have been a key part of India International Science Festival since 2015, which leads to encouragement and popularizing of Science through public participation. In IISF 2015, students took a successful shot at the Guinness World record for the world’s largest science Lesson at Indian Institute of Technology (IIT) Delhi.

The 1st IISF was held at Indian Institute of Technology (IIT) New Delhi in December, 2015.

Y Sujana Chowdary is present Minister of State for Science and Technology and Earth Sciences.

The Government of India, in keeping with its reform agenda, constituted the NITI Aayog to replace the Planning Commission instituted in 1950.

The South Pacific island nation of Vanuatu has become host to the world’s first government to accept bitcoin in exchange for citizenship. Vanuatu’s citizenship program costs $200,000 USD, meaning that at current prices the residency program costs less than 41.5 bitcoins. The Chairman of the Vanuatu Information Center (VIC)– which oversees Vanuatu citizenship applications –  Geoffrey Bond, had sent an official request earlier this month seeking permission to accept bitcoin as a form of payment.

Vanuatu is a South Pacific Ocean nation made up of roughly 80 islands that stretch 1,300 kilometres

The Direct Tax Collections in the first half (April-September) of the current fiscal (2017-18) shows growth of 15.8 percent. According to the Finance Ministry, the provisional figures of Direct Tax collections up to September 2017 show that net collections are at 3.86 lakh crore rupees which is higher than the corresponding period of last year. Net Direct Tax collections represent 39.4 percent of the total budget estimates of Direct Taxes for the financial year 2017-18. An amount of 1.77 lakh crore rupees has been received as Advance Tax up to 30th of September this year, reflecting a growth of 11.5 percent over the corresponding period of last year.

The Railway Board is the apex body of the Indian Railways.

The first railway on Indian sub-continent ran over a stretch of 21 miles from Bombay to Thane.

Ashwani Lohani is present Chairman of Railway Board.

Defence Minister Nirmala Sitharaman has commissioned an indigenously-built anti-submarine warfare stealth corvette INS Kiltan into the Indian Navy at the Naval Dockyard in Visakhapatnam. According to Defence Minister, INS Kiltan strengthens India’s defence system and will be a shining armour in ‘Make in India’ programme as it is totally built indigenously.

Premier all-rounder Shakib Al Hasan became the first cricketer from Bangladesh to be inducted in the MCC World Cricket Committee under the chairmanship of Mike Gatting. Also added to the committee are Suzie Bates, Ian Bishop and Kumar Dharmasena. Shakib Al Hasan is regarded as one of  Bangladesh’s finest players since they were awarded the Test status in 2000, with the all-rounder having played 51 Test matches and 177 one-day internationals.

Kumar Dharmasena is a Sri Lankan cricket umpire and former international cricketer, who played Tests and ODIs for Sri Lanka.

Roger Federer has brushed aside world number one Rafael Nadal 6-4 6-3 to win the Shanghai Masters and register his fourth victory of the year over his Spanish rival. The Swiss world number two beat Nadal in the finals of the Australian Open and Miami Masters and in the last 16 at Indian Wells earlier this year, and never looked like losing to his long-time rival in Shanghai, firing 10 aces as he cruised to victory. Federer, the only man who can still stop Nadal ending the year as number one, took an hour and 12 minutes to claim his sixth title of the year and his second Shanghai crown with a clinical performance.

Maidan heavyweights Mohun Bagan has won the 37th All India Governor’s Gold Cup football tournament for the 10th time by defeating Partha Chakra by a narrow 1-0 margin. In the final match played at Paljor Stadium (Gangtok),  Mohun Bagan’s striker GA Kramah scored the lone goal in the seventh minute. Chief Minister of Sikkim Pawan Kumar Chamling attended the final and gave away trophies and cash prize to winners and the runner-up.

Mohun Bagan is a football club based in Kolkata, West Bengal.