International Day for the Eradication of Poverty: 17th October:

International Day for the Eradication of Poverty (IDEP) is observed globally on 17 October. The theme of this year’s IDEP is ‘Answering the Call of October 17 to end poverty: A path toward peaceful and inclusive societies’. This year’s celebration also marks the 25th anniversary of the declaration of the day by the UN General Assembly, which had adopted the resolution on 22 December 1992. 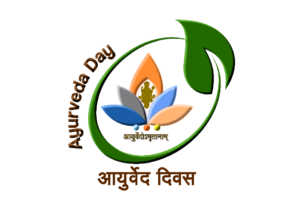 This year’s 2nd Ayurveda Day is celebrated on 17 October in New Delhi by the Ministry of AYUSH. PM Modi will be the Chief Guest and will also inaugurate the country’s first All India Institute of Ayurveda, Sarita Vihar, New Delhi. The All India Institute of Ayurveda, set up on a total area of 10.015 acres on a budget of Rs 157 crore, is the first medical institute under the AYUSH ministry to hold the coveted National Accreditation Board for Hospitals and Healthcare Providers (NABH) accreditation.

PM Modi Inaugurates 1st ever All India Institute of Ayurveda in New Delhi:

Prime Minister Narendra Modi inaugurated the first ever All India Institute of Ayurveda (AIIA) in New Delhi, on the occasion of the 2nd Ayurveda Day. It is the first institute under the Ministry of AYUSH with a National Accreditation Board for Hospitals and Healthcare Providers (NABH) accreditation. The institute will have separate Yoga, Panchakarma, and Kriya Kalpa units, among others.

Mahindra & Mahindra has launched a program, Prerna, to empower women working in the agriculture sector by promoting efficient and ergonomic farm tools and equipment. The project will be initially launched in the state of Odisha, with the intention to positively impact the lives of over 1,500 families across 30-plus villages. The first project under Prerna is a collaboration between Mahindra & Mahindra, the Central Institution for Women in Agriculture (CIWA), a department of the Indian Council of Agricultural Research (ICAR).

Varun Dhawan Youngest Indian Actor to get Statue at Tussauds:

Actor Varun Dhawan will get a wax statue at Madame Tussauds Hong Kong, making him the youngest Indian actor to have his statue at the museum. Varun Dhawan had made his acting debut with 2012 romantic comedy Student of the Year and since then, his success rate is 100 percent with all the movies like Humpty Sharma Ki Dulhaniya, Badrinath Ki Dulhaniya and the recent Judwaa 2 entering Rs 100 crore or Rs 200 crore clubs.

Private sector Yes Bank has committed Rs 156 crore to fund first Sewage Treatment Plant (STP) to be constructed at Varanasi under Hybrid Annuity-PPP Model. The bank has signed a deal with Essel Infraprojects for the financial closure of Rs 156 crore that will fund the STP under Namami Gange Project.

International Business Machines Corporation (IBM) has announced the launch of IBM Blockchain, a new blockchain banking solution, that will help financial institutions for cross-border payments. In the first international payments network of its kind, IBM has partnered with regional financial services company KlickEx Group and Stellar.org, a nonprofit organization that supports an open source blockchain network for financial services.

Abu Dhabi Global Market (ADGM), the International Financial Centre in Abu Dhabi, and Yes Bank have signed a memorandum of understanding to further foster cross-border exchange between the fintech ecosystems of the United Arab Emirates and India. The collaboration will enable fintech innovators from the Middle East region and India to apply into Yes FinTech programmes and the ADGM’s Regulatory Laboratory and will get the opportunity to expand into each other’s markets.

E-commerce major Myntra launched its CSR initiative in association with the Union Textile Ministry, to work directly with weavers and elevate their economic stature. With an initiative to uplift the handloom products in India, the company (Myntra) is committing itself along with some of its partner brands to bring artisans and their products online, providing them access to new customers and opportunities. These products will retail on Myntra via a dedicated online store, thereby creating a one-stop shop for all handloom products.

Flipkart is the Parent Organization of Myntra.

Eminent poet, lyricist and journalist Prabha Varma has been selected for the Padma Prabha Puraskaram for 2017. The announcement was made by the chairman-cum-managing director of ‘Mathrubhumi’ daily, M P Veerendra Kumar. A jury headed by ace novelist M Mukundan chose Varma for the prestigious award, considering his contribution to Malayalam literature. The award, carrying a cash prize of Rs 75,000, a plaque and a citation, was instituted by the Padma Prabha Memorial Trust.

Kavita Devi, a former competitive powerlifter, has become the first ever Indian woman to be signed by the World Wrestling Entertainment (WWE). Jinder Mahal, the current WWE champion, confirmed the news in a special visit to New Delhi. Hailing from Haryana, Kavita underwent training to be a professional wrestler under the guidance of The Great Khali (Dalip Singh Rana) at his Punjab based wrestling promotion and training academy.  She also won a gold medal at the 2016 South Asian Games.

Kavita Devi also has the distinction of being the first Indian woman to compete in a WWE ring, as she was a featured participant in the Mae Young Classic women’s tournament.

Atlanta 1996 and Athens 2004 gold medal-winning sailor Robert Scheidt (44 years old) has announced his retirement from Olympic competition, ending a career that spanned a quarter of a century. He would continue to participate in non-Olympic events and support Brazil’s elite sailors as they prepare for the 2020 Tokyo Games. Scheidt won Olympic gold in the laser class in 1996 and 2004 while also claiming silver at the Sydney 2000 and Beijing 2008 Games.

Robert Scheidt claimed bronze in London in 2012 and finished fourth in Rio 2016.

Five-time Grand Slam winner Maria Sharapova was made to fight by 102nd-ranked teenager Aryna Sabalenka at the Tianjin Open before winning her first title since her 15-month doping ban. The former world number one, who returned to action in April, came from behind in both sets and needed four championship points in the tie-breaker before beating the 19-year-old 7-5, 7-6 (10/8).

India’s first Olympic swimmer Shamsher Khan passed away in Andhra Pradesh’s Guntur district. He was 87. Mr. Khan had represented India in 1956 Melbourne Olympics. He was the first swimmer to represent India in Olympics. He narrowly missed a medal, finishing fourth in 200-meter butterfly and breaststroke events in Melbourne Games. Khan, who created a national record in the butterfly event, had learned swimming after joining the Army in 1946.