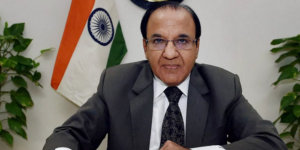 Gujarat will go to polls in two phases on December 9th and 14th for 182 assembly seats. The Chief Election Commissioner of India Mr. A K Joti made this announcement. The 89 seats will go to polls in the first phase and the rest 93 in the second phase. 4 crore and 33 lakh electorates will exercise their right at 50 thousand and 128 polling stations. Counting will be held on 18th December along with Himachal Pradesh, which goes to poll on 9th of November. According to Mr. Joti EVMs with VVPAT will be used at all polling stations. 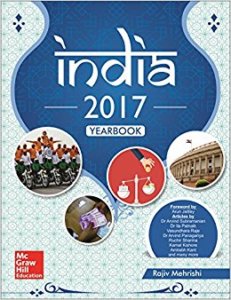 Rajasthan Chief Minister Vasundhara Raje launched an e-book titled ‘India 2017 Yearbook’, compiled by the present Comptroller and Auditor General of India (CAG) Rajiv Mehrishi. The e-book includes a plethora of information on important dignitaries, state policy, public schemes and important data about demographics, trade, economy and many other topics. Mc Graw Hill is Education is the publisher of the e-book.

Rajiv Mehrishi was the former Union home secretary of India 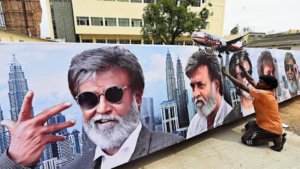 The Madras high court has banned the use of pictures of living persons on banners and hoardings in Tamil Nadu. Tamil Nadu’s top officials were asked to maintain a clean environment and also ensure that there were “no unnecessary drawings” on buildings and residential places. The order states that pictures of the chief minister, ministers or politicians cannot be used in posters or hoardings. It has also banned the use of photos of people sponsoring the pictures. 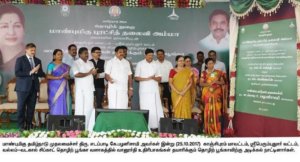 The Tamil Nadu Chief Minister, Edapaddi K Palaniswami, laid the foundation stone for an aerospace park at Kanchipuram district to be set up by the State Government in 245 acres and at an estimated cost of Rs 198 crore. When fully ready, the park will attract a total investment of nearly Rs 1,000 crore and create job opportunities for nearly 30,000, according to the State government.

Seven shortlisted companies were given ‘Letters of Intent’ for fourteen monuments under ‘Adopt a Heritage Scheme’ of Ministry of Tourism at the closing ceremony of ‘Paryatan Parv’ at Rajpath Lawns, New Delhi. These companies will be the future ‘Monument Mitras’ who would associate pride with their CSR activities.

Union Minister of State (IC) for Power and New & Renewable Energy, Shri R. K. Singh addressed the 3rd Global Investors’ India Forum in New Delhi. The theme of the event was ‘Ideate, Innovate, Implement and Invest in India’ and it was attended by global industry stalwarts. In the forum, major focus was given on generation of electricity and its distribution across the country. The event was organized by the ASSOCHAM. 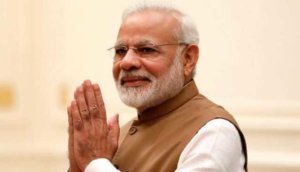 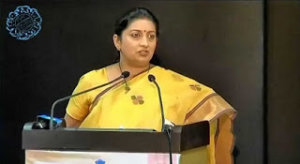 The Union Ministries of Power and Textiles have jointly launched an initiative ‘SAATHI’ (Sustainable and Accelerated Adoption of efficient Textile technologies to Help small Industries). Under this initiative, Energy Efficiency Services Limited (EESL), a public sector entity under the Union Ministry of Power, will acquire energy efficient Powerlooms, motors and Rapier kits in bulk and provide them to the small and medium powerloom units. 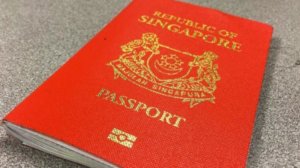 Singapore’s passport has become the most powerful in the world with a Visa-Free Score of 159, according to the Passport Index developed by advisory firm Arton Capital. This is the first time an Asian country has been announced as having the most powerful passport. India secured the 75th rank in the index with a Visa-Free Score of 51.  Historically, the top 10 most powerful passports in the world were mostly European, with Germany having the lead for the past two years. Afghanistan was on bottom most position (94th) with the score of 22. Pakistan was on 93rd Position with Iraq with the score of 26.

The Top 3 countries with score are- 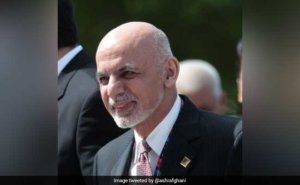 Afghani President Ashraf Ghani was on a national visit to India. During his visit, he met with the president Ram Nath Kovind and PM Modi. India and Afghanistan have agreed to work closely with the regional and international partners to further the objective of seeing Afghanistan emerge as a stable, peaceful, united and prosperous nation. The Indian leadership reiterated its support for a negotiated political reconciliation in Afghanistan that is Afghan-led, Afghan-owned and Afghan-controlled. 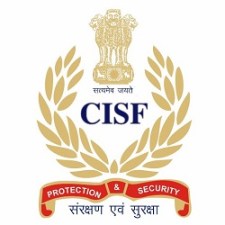 The Appointments Committee of the Cabinet has approved the appointment of Shri Alok Kumar Pateria, IPS as Additional Director General, CISF. He has been appointed on deputation basis for a period upto May 2020.

The Director General of CISF is O.P Singh

Indian-Origin Couple Gets US Award For AIDS Research 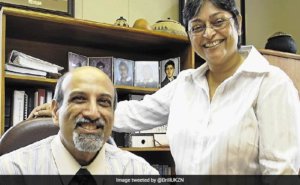 Indian-origin South African researchers were honored with a prestigious award for their exceptional contributions in the field of HIV/AIDS. Professors Salim Abdool Karim and Quarraisha Abdool Karim received the award from the Institute for Human Virology (IHV) in Baltimore, US. The award was presented to them by Robert Gallo, who discovered HIV as the cause of AIDS‚ at the 19th international meeting of the IHV. 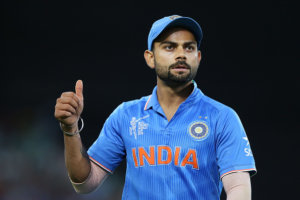 According to the list released by Forbes, Virat Kohli ranks ahead of Barcelona superstar Lionel Messi when it comes to brand value. The captain of the Indian cricket has a brand value of $14.5 million which puts him ahead of Messi on the 7th spot in the top 10 list revealed by Forbes. The brand value is an athlete’s earnings (excluding salary and bonus from their sport and all investment income), minus the average income of the top 10 athletes in the same sport. Tennis legend Roger Federer leads the list with a brand value of $37.2m.

Here is the list of top 10 athletes with highest brand value: