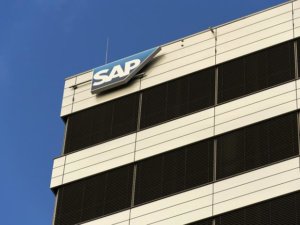 Tech major SAP announced the launch of Asia Pacific Japan (APJ) region’s first SAP Leonardo Center in Bengaluru. The fourth SAP Leonardo Center globally, the facility is a go-to place for SAP’s ecosystem for digital inspiration and co-innovation. Other SAP Leonardo Centers locations include New York-US, Paris-France, and Sao Leopoldo-Brazil. It combines a high concentration of customers and partners with one of SAP’s largest market units. 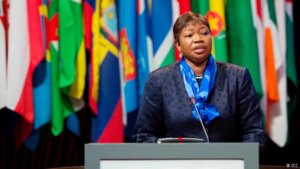 Burundi became the first nation ever to leave the International Criminal Court (ICC), set up 15 years ago to prosecute those behind the world’s worst atrocities. Burundi is the only one of three African nations to go ahead with its withdrawal after making moves last year to leave amid accusations that the court focuses too much on the continent. 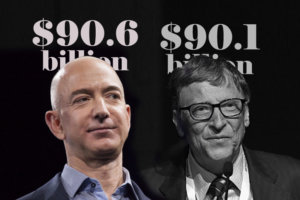 According to Forbes magazine, Jeff Bezos surpassed Bill Gates as the richest person in the world. The fortune of Amazon’s founder reached some $90.6 billion, compared with the $90.1 billion that the online edition of the magazine attributes to Gates. This is not the first time that Bezos has outpaced Gates – it previously happened in July 2017 when Amazon shares hit a historic high, though Gates took back the lead hours later.

India, US to Implement HOSTAC to Strengthen Maritime Security

To strengthen maritime security, India and the United States have agreed to implement the program for Helicopter Operations from Ships other Than Aircraft Carriers (HOSTAC). A decision in this regard was taken by Defense Minister Nirmala Sitharaman and her US Counterpart Jim Mattis during their meeting in Philippines on the sidelines of the ASEAN Defense Ministers’ Meeting-Plus. They “agreed on the importance of a rules-based international order” in which all nations are able to prosper, and the “need to work together” against the common threat of terrorism. 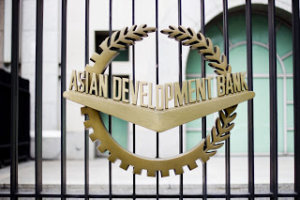 The Asian Development Bank (ADB) and the Government of India signed a $65.5 million loan agreement in New Delhi to continue interventions to check coastal erosion on the Western Coast in Karnataka. The loan is the Second Tranche of a $250 million financing facility under the Sustainable Coastal Protection and Management Investment Program. The financing will be used to address the immediate coastal protection needs and for strengthening institutional capacity of Karnataka’s Public Works, Ports and Inland Water Transport Department. 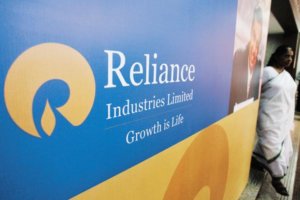 Reliance Industries Ltd (RIL) became the first Indian company to cross Rs 6 trillion market capitalization after its shares surged over 75% so far this year and hit a fresh lifetime high. Currently, its market cap is at Rs 6.02 trillion. The recent rally in the stock was due to tariff hike by its telecom arm Reliance Jio which, analysts expect, will improve the company’s profitability. Jio increased its tariff by 15% for its popular 84-day plan at Rs 459, under which subscribers get 1GB 4G data at high speed per day.

Mukesh Ambani is the CEO of Reliance Industries Limited. 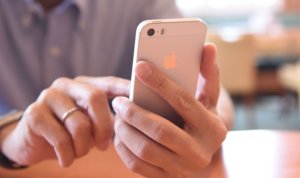 India overtake the US to become the world’s second-largest smartphone market, trailing only China, according to a new report by analyst firm Canalys. In the second quarter of 2017, India’s smartphone market recovered quickly with shipments growing 23% year-on-year in the third quarter to reach just over 40 million units. Low smartphone penetration and the explosion of LTE (long term evolution, or 4G) are the main drivers behind this. 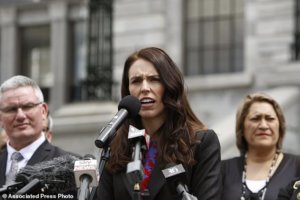 Jacinda Ardern was officially sworn in as the Prime Minister of New Zealand. At the age of 37, Ardern is the youngest New Zealand PM in 150 years. She is also the country’s third woman leader. This was the first time New Zealand adopted proportional voting since 1996. 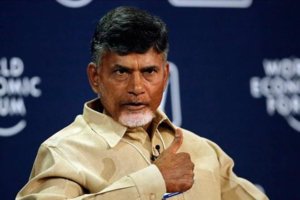 Andhra Pradesh Chief Minister N Chandrababu Naidu has received the Golden Peacock Award under the category ‘Global Leadership in Public Service and Economic Transformation’ at a convention in London at 17th London Global Convention. Mr. Naidu received the award for his excellence in public service. In 1st quarter of 2017-18, Andhra Pradesh has registered a growth rate of 11.72 per cent double the country’s average. 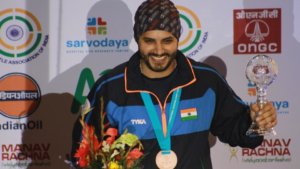 India’s Amanpreet Singh clinched a bronze medal in his maiden appearance in an ISSF World Cup Final, in New Delhi. Jitu Rai fizzled out to finish seventh on the fourth day of competition. World Cup silver medallist Amanpreet shot 202.2 to win the bronze in the final of men’s 50m pistol. Rai could manage only 123.2 to finish last in the seven- man final. This was India’s first individual medal in the ongoing edition of the prestigious tournament.

Jitu Rai and Heena Sidhu have won the gold in 10m mixed air pistol on the opening day.