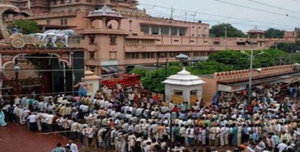 The Uttar Pradesh government issued an order notifying Vrindavan and Barsana towns in Mathura district as “pavitra teerth sthals (sacred pilgrimage sites)”. No meat and liquor shops will be allowed in these towns anymore. Principal Secretary (Religious Affairs) Avinish Kumar Awasthi instructed to prohibit meat and liquor shops in these notified areas. Vrindavan and Barsana are the first two places to be notified as teerth sthal in government records. 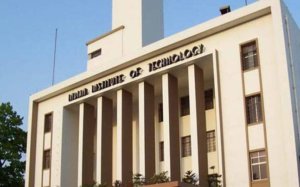 The Union Cabinet has approved over Rs 7,000 crore for construction of permanent campuses of six new Indian Institute of Technology (IITs) across the country. Each of the permanent campuses to be established at Tirupati (Andhra Pradesh), Palakkad (Kerala), Dharwad (Karnataka), Jammu (Jammu and Kashmir), Bhilai (Chhattisgarh) and Goa will have a facility for housing 1,200 students from the academic year 2020-2021. 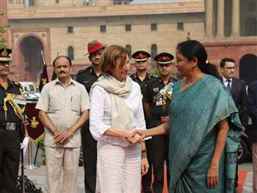 India and France have agreed to strengthen bilateral defence cooperation as a key Pillar of strategic partnership between the two countries. Defence minister Nirmala Sitharaman and French Minister for the Armed Forces, Ms. Florence Parly discussed a range of measures to expand military to military ties. The joint Naval exercise named the VARUNA is scheduled in early 2018 between the two countries. The two Ministers also comprehensively reviewed developments in defence equipment and industry cooperation, where France is a major partner.

Emmanuel Macron is the President of France

The Karnataka Government announced the signing of an MoU with Microsoft Corporation India Private Limited with an intention to empower smallholder farmers with technology-oriented solutions that will help them increase income. The MoU will experiment with Karnataka Agricultural Price Commission and Department of Agriculture to help improve price forecasting practices to benefit farmers.

Satya Nadella is the CEO of Microsoft

N.J.Gangte Appointed as the next High Commissioner of India to the Republic of Zambia 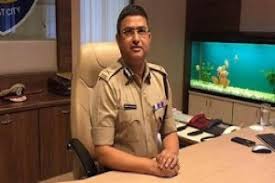 N.J.Gangte has been appointed as the next High Commissioner of India to the Republic of Zambia. He is presently the Joint Secretary in the Ministry of External Affairs. He is expected to take up his assignment shortly.

Edgar Lungu is the president of the Republic of Zambia 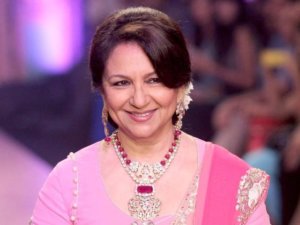 Veteran actor Sharmila Tagore has received the Lifetime Achievement Award. The 72-year-old actor was bestowed with the recognition by the PHD Chamber of Commerce and Industry in New Delhi for her contribution in the field of cinema. Minister of State for Prime Minister’s Office Jitendra Singh and Delhi BJP chief Manoj Tiwari presented the award to Tagore. The celebrated actor debuted in movies with legendary director Satyajit Ray’s Bengali film Apur Sansar in 1959. Her breakout role in Hindi cinema was Shakti Samanta’s 1964 film Kashmir Ki Kali. 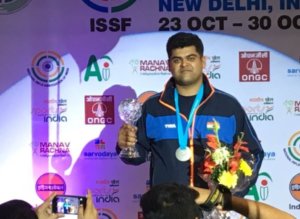 Jitu Rai and Heena Sidhu have won the gold in 10m mixed air pistol on the opening day.

Amanpreet Singh clinched a bronze medal in the final of men’s 50m pistol. 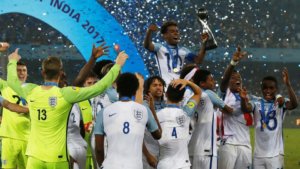 England scripted a dramatic turnaround in Kolkata to win the 2017 FIFA U17 World Cup for the very first time after a 5-2 win over European U17 champions Spain. Spain appeared to throw in the towel after letting slip a commanding lead, and their woe was compounded by further strikes from Marc Guehi and Foden to round off a comprehensive 5-2 victory. 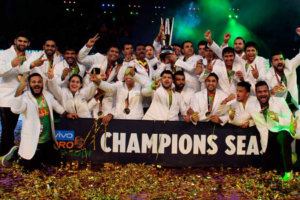 Pardeep Narwal scored incredible 24 points to steer Patna Pirates to third consecutive Pro Kabaddi title. Pardeep, who had scored 76 points in three playoffs, helped Patna come from behind and thump Gujarat Fortunegiants 55-38 in the summit clash of Pro Kabaddi season 5. Gujarat’s Sachin Tawar was the only player who had managed to break through Patna defence and scored 11 points. The 20-year old raider finishes the 2017 edition as the highest raider with 369 raid points and 19 Super 10s.