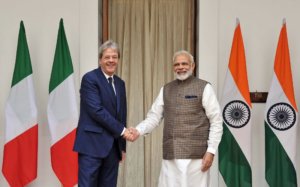 Here is the complete list of MoUs/Agreements signed between India and Italy during the visit of Prime Minister of Italy to India: 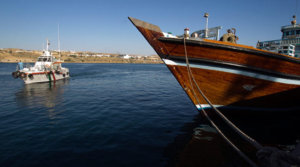 Iran’s key strategic port of Chabahar became operational with the maiden shipment of wheat from India to Afghanistan. It was flagged off from Kandla port in Gujarat. This is a major push for India’s Afghan outreach bypassing Pakistan for the first time under the 2016 Indo-Afghan-Iran trilateral pact. Chabahar port is strategically located in Sistan-Balochistan province on energy-rich Iran’s southern coast in Gulf of Oman near its border with Pakistan and can be easily accessed from India’s western coast.

Saudi Arabia to Allow Women into Sports Stadiums from 2018 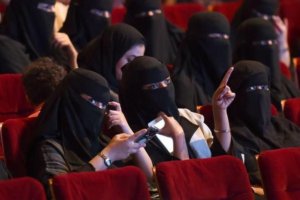 Turki Al-Asheikh, Chairman of the General Sports Authority of Saudi Arabia has announced that Saudi women will now be able to attend sports events in stadiums starting from 2018. The move is aimed at empowering and engaging women in the society as an integral part of the development process. All these changes support Saudi Arabia’s “Vision 2030” plan for economic and social reforms. 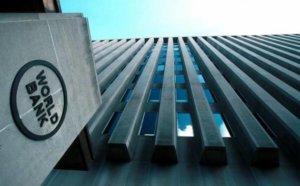 The Government of India and the World Bank signed a $200 million Loan Agreement for the Assam Agribusiness and Rural Transformation Project. The Project will support Assam to facilitate agri-business investments, increase agricultural productivity and market access. The Project will be implemented in over 16 Districts of Assam. Over 500,000 farming households will directly benefit from the Project. 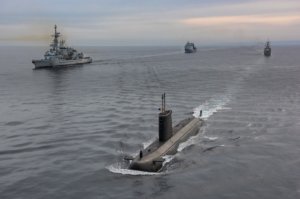 Navies of India and Japan began a three-day anti-submarine warfare exercise in the Indian Ocean region to deepen their operational coordination in the strategically important sea lanes around the two countries. Indian Navy’s two P-8 I long-range maritime reconnaissance anti-submarine warfare aircraft and two P-3C Orion jets of the Japanese Navy will be part of the exercise. The short duration exercise is taking place amid concerns in India and Japan over China’s growing presence in the Indo- Pacific region. 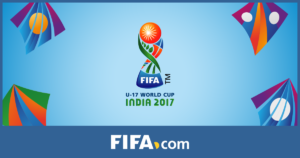 The 17th edition of FIFA U-17 World Cup took place for the first time in India. It is a biennial international football tournament of men’s under-17 national teams organized by Federation Internationale de Football Association (FIFA). 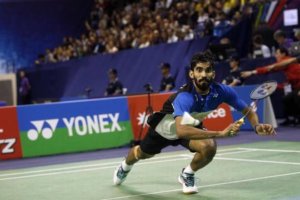 Here is the complete list of all the winners with  their respective countries to which they belong: 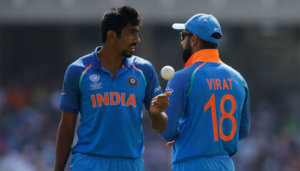 Indian fast bowler Jasprit Bumrah climbed to the number one spot in the latest ICC T20 rankings while his fifth-ranked team could go as high as second if it beats New Zealand in the three-match series beginning. Bumrah, who attained a career-best third position in the ODI rankings, has regained the T20 top spot after Pakistan spinner Imad Wasim slipped one place.

New Zealand are the top-ranked side in the shortest format with 125 points. 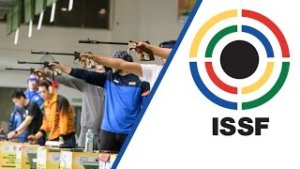 Hosts India finished seventh overall with one gold, one silver, and a bronze, while Italy pipped China in the medals tally, as the ISSF World Cup Final, in New Delhi. Important wins from India side are as follows-

Some of the concluding points of the events- 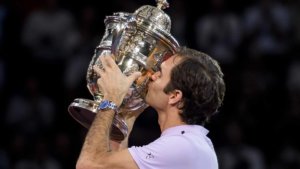 The Swiss superstar won his eighth Basel title, after defeating Juan Martin del Potro, 6-7(5), 6-4, 6-3 to clinch his ATP World Tour-leading seventh title of the year. It was Federer’s first success against the Argentine in a Basel final, after the South American beat him in both 2012 and 2013. Federer moved ahead of Ivan Lendl into standalone second place on the Open Era titles list, only trailing Jimmy Connors, who owns 109 trophies. He now owns eight or more trophies at three different events: Halle (9), Wimbledon (8) and Basel (8). 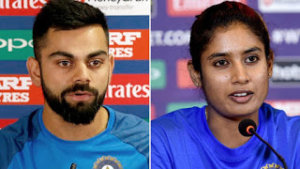 India captain Mithali Raj moved up one place to occupy the number one spot in the latest ICC ODI rankings for batswomen. Ellyse Perry of Australia and Amy Satterthwaite of New Zealand also jumped one place each to be at second and third spots. Mithali has 753 points. Also, Indian captain, Virat Kohli returned to the top of the ICC ODI rankings for batsmen after logging career-high rating points, going past the iconic Sachin Tendulkar in the process. The 28-year-old Delhi batsman has reached 889 points, which is the best ever by an India batsman.

The previous highest points tally of 887 was managed by Sachin Tendulkar in 1998.

The list for bowlers continues to be led by Pakistan pace bowler Hasan Ali while India fast bowler Jasprit Bumrah has reached a career-best third.