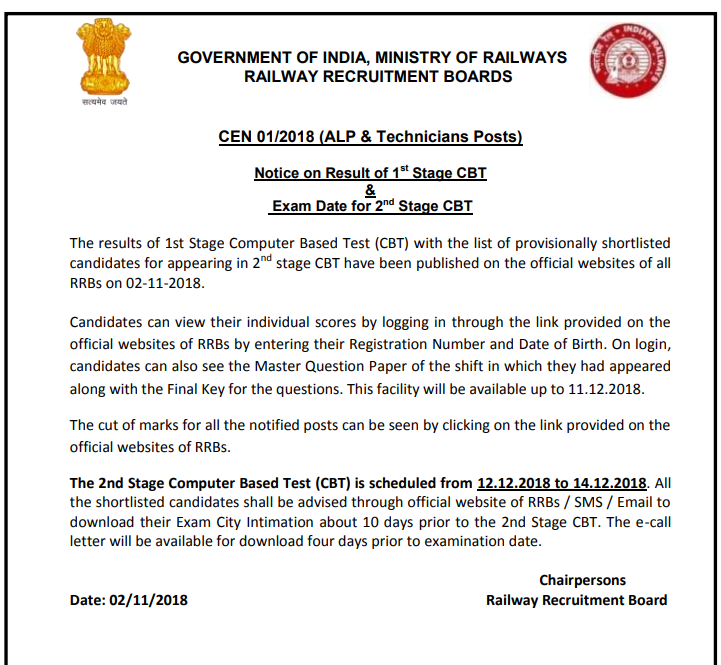 All the aspirants must be familiar with the exam pattern and syllabus before preparing for Railway ALP exam date 2018. The recruitment process for above posts comprises of four phases: 1st Stage CBT, 2nd Stage CBT, Computer-based Aptitude Test and Document Verification. There is negative marking for every wrong answer in the First and Second Stage CBT. For every wrong answer, one by third of the marks allotted to each question shall be deducted. There shall be no negative marking for the Computer-based Test.