Dear Aspirants, Our IBPS Guide team is providing new pattern Reasoning Questions for LIC Assistant Mains 2019 so the aspirants can practice it on a daily basis. These questions are framed by our skilled experts after understanding your needs thoroughly. Aspirants can practice these new series questions daily to familiarize with the exact exam pattern and make your preparation effective.

Directions (1-3): Study the following information carefully to answer the given question:

1) In what relation does M is related to S?

2) In what relation does W is related to R?

3) Which of the following pairs is the pair of “husband-wife”?

Directions (4-7): Study the following information carefully to answer the given question:

A word and number arrangement machine when given an input line of words and numbers rearranges them following a particular rule in each step. The following is an illustration of input and rearrangement.

Step VI is the last step of the input.

Now, the following questions are based on the below given input.

4) What will be the position of ‘track’ in the V step?

a) Seventh from the left

b) Sixth from the right

c) Sixth from the left

d) Fifth from the right

5) Which word/number would be  fourth from the right end in Step IV?

6) After how many steps, no further arrangement of words is possible?

7) What is 6th element from left end in Step III?

Directions (8-10): Study the following information carefully to answer the given question:

10) Point S is in which direction with respect to Point P? 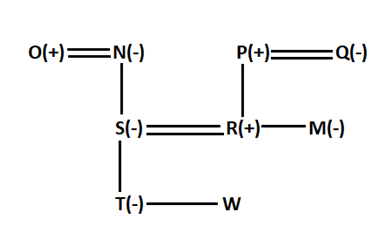 Let us understand the logic behind this question and  understand how to solve it. If you  see the final output you will observe the following:

(ii)- Numbers are arranged in increasing order but if it is odd number it is increased  by one and if it is even number it is decreased by one in each step.

Step VI is the final step of the input 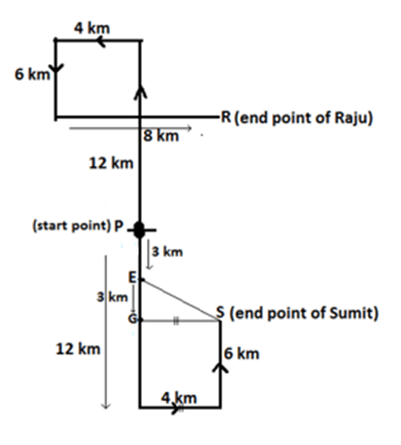