Dear Readers, Exam Race for the Year 2019 has already started, To enrich your preparation here we are providing new series of Practice Questions on CWC/FCI Prelims 2019 Reasoning Ability Questions on daily basis. Aspirants, practice these CWC/FCI Prelims 2019 Reasoning Ability Questions (Day-45) on a regular basis to improve your score in the aptitude section. Start your effective preparation from the right beginning to get success in the upcoming CWC/FCI Exam.

1) H was born in which of the following years?

2) How many persons are born between C and the eldest person?

4) Which of the following statements is true?

a) Only one person was born between D and H

d) B is the eldest person

e) None is true

5) What is the difference between ages of F and C (in years)?

Direction (6-10): These questions are based on the five three-letter words given below.

6) If all the letters are arranged in alphabetical order from left to right within the word, then all the words are arranged as in the English dictionary order from right to left. Which of the following words will be second from the left?

7) If all the consonants are changed to previous letter and all the vowels are changed to next letter as in the English alphabet series. Then how many words have no vowel present in the word thus formed?

a) More than three

10) How many such pairs of letters are there in the word ‘INDICATOR’ each of which has as many letters between them as in the English alphabet series? 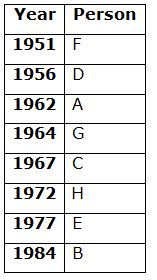 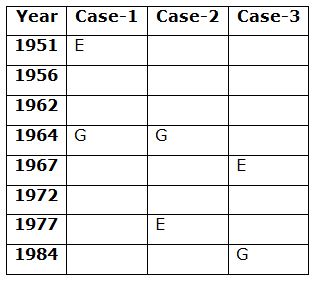 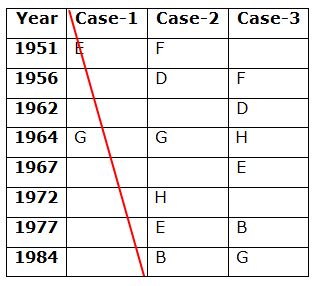 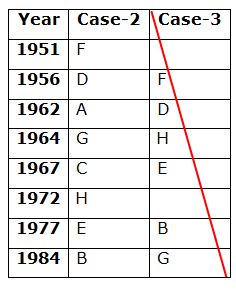