Directions (Q. 6-10): Study the following information carefully and answer the questions given below:

6). Who is sitting opposite to F in a circle?

7). Which of the following pair is sitting at the extreme ends of a straight line?

8). Immediate neigbours of A in a circle are

9). Who is sitting forth to the left of C in a circle?

10). Which of the following statement is true about A in a straight line arrangement?

Directions (Q. 11-15): Study the following information carefully and answer the questions given below:

D, E, G, H, P, Q, R and S are eight of the several teams of In Match. All of these teams play matches with other teams but not with each other.

Direction (16-20): Study the following arrangement carefully and answer the given question below.

20.What should come in place of the question mark (?) in the following series based on the above arrangement? #K5 P1I CλA ?

Only two digits 5 and 7 retain their position. 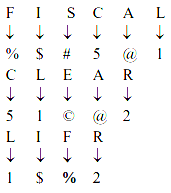 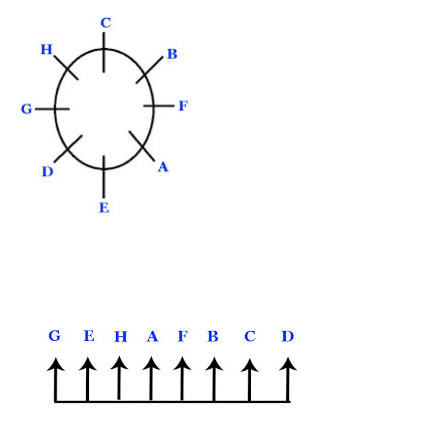 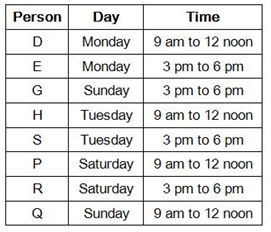