Jaya sits second to the left of Jency. Janaki sits third to the right of Jhansi who is not an immediate neighbour of Jaya. Only one person sits between Jayanthi and Janani. Jasmin faces same direction as Jency. Not more than three persons sits between Jaya and Janani, When counted in clockwise direction of Jaya. Jayanthi does not sits second to the right of Jamuna. Jayanthi will not faces outside the table. Jamuna is not an immediate neighbour of Jency.

1). Name the person who sits second to the right of Jayanthi?

2). How many persons sits between Janaki and Jayathi?

4). Name the person who sits second to the right of Jency?

5). How many persons sits between Jaya and Jasmin, when counted in anticlockwise direction of Jasmin?

Direction (6 – 8): Read the following information carefully and answer the questions given below.

A, B, C, D, E, F, G, and H are the eight persons in a family. A is father of D, who is only brother of B. F, wife of A is maternal grandmother of C, who is a only daughter to her parents. E is the mother of H. G is the brother-in-law of F. A is the only child to his parents and he has only two children. H, who is male, was the only child to his parents.

Direction (9-10): Read the following information carefully and answer the questions given below.

9).What is the distance, and on what direction does Sureka stands with respect to Sahana?

10). What is the shortest distance between Susmitha and Samala?

Direction (11 – 15): Read the following information carefully and answer the questions given below.

A, B, C, D, E, F, G and H are the eight persons, was bought the mobile in eight different months of the same year namely, January, February,  March, April, May, June, July, and December. They all not necessary to be in the same order. They all have three different mobiles like, LG, Acer and Micromax. Not more than three person, not less than two person likes the same mobile. Not more than two persons who bought mobile in consecutive month will not buy a same mobile.

11). On which month does E bought his mobile?

13). If all the persons are made to sit in alphabetical order from January to December, then how many of them will remains same in their month?

14). Which mobile does the person who bought their mobile on July gets?

Direction (16 – 20): Study the following information carefully and answer the given questions

In a certain code language

17). What is the code for the word “Concentration”? 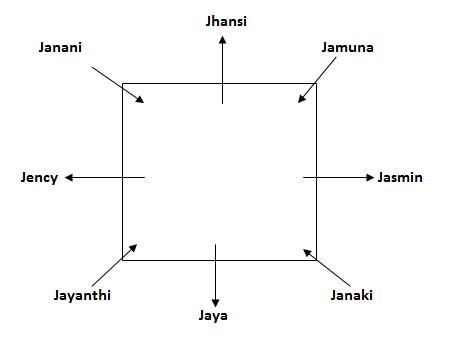 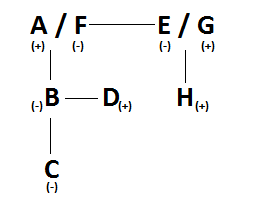 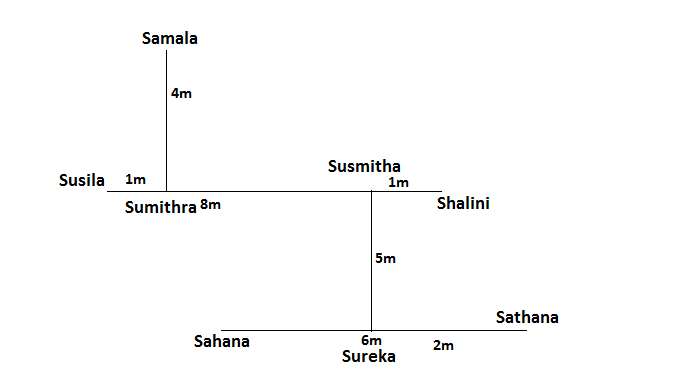