Dear Aspirants, Here we have given the Important RRB ALP & Technicians Exam 2018 Practice Test Papers. Candidates those who are preparing for RRB ALP 2018 can practice these questions to get more confidence to Crack RRB 2018 Examination.
[WpProQuiz 1423]

Parasnath Temple is also called as Calcutta Jain Temple is a major attraction in West Bengal. The temple is dedicated to Parasnath and is one of the most important Jain temples in Kolkatta.

National Advisory Council was set up as an advisory body to the Prime Minister of India in 2004, during UPA 1 regime. Therefore there is no mandate from the constitution. It consists of experts and former bureaucrats from various fields and also from Planning Commission.

Chittaranjan Das( C.R.Das) , popularly called Deshbandhu (Friend of the nation), was a leading Indian politician, a prominent lawyer, an activist of the Indian National Movement and founder leader of the Swaraj Party in Bengal during British occupation in India.

The Indian National army was an armed force formed by Indian nationalists in 1942 in south-east Asia during World war II. Its aim was to secure Indian Independence from British rule. It formed an alliance with imperial Japan in the latter’s campaign in the southeast Asian theatre of WWI. The army was first formed in 1942 under Mohan Singh, by Indian PoWs of the British-Indian Army captured by Japan in the Malayalan campaign and at Singapore.

Silviculture is the practice of controlling the establishment, growth, composition, health and quality of forests to meet diverse needs and values. The name comes from the Latin silvi- (forest)+ culture( as in growing).

Maithon DVC Hydroelectric Power Project India is located at 25 km WNW of Asansol, District Burdaman, West Bengal, India. This infrastructure is of TYPE Hydro Electric Power Plant with a design capacity of 60 MW. It has 3 units. It is operated by Damodar valley corporation.

Energy is transferred between the earth’s surface and the atmosphere via conduction, convection, and radiation. Conduction is the process by which heat energy is transmitted through contact with neighboring molecules. 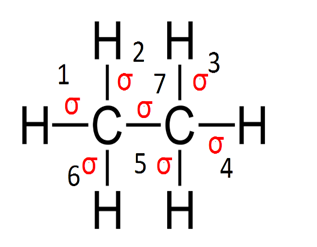 Osmotic Concentration allows the measurement of the osmotic pressure of a solution and the determination of how the solvent will diffuse across a semipermeable membrane separating two solutions of different concentration.

Two objects lose the same weight on completely immersing in water is because of the two objects have same volume.