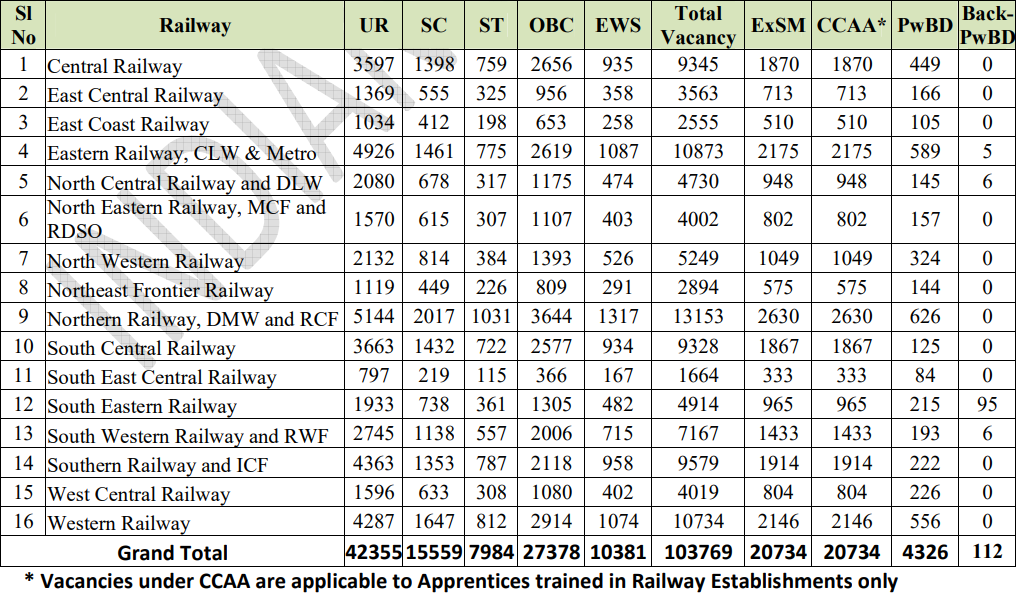 Candidates must understand the exam pattern before starting their preparation to get an idea of what the exam demands. The RRB Group D selection process comprises of three stages:

The PET exam is qualifying in nature and it is mandatory for the candidates to qualify the PET round to be eligible for next round of document verification. The PET standards for both male and female candidates are given in the table below:

A candidate must be either:

(c) A subject of Bhutan, or

(d) Tibetan refugee who came over to India, before January 1, 1962, with the intention of permanently settling in India, or

(e) A person of Indian origin who has migrated from Pakistan, Burma, Sri Lanka, East African countries of Kenya, Uganda, the United Republic of Tanzania, Zambia, Malawi, Zaire, Ethiopia and Vietnam with the intention of permanently settling in India.

Candidates belonging to the category of (b), (c), (d) & (e) will be required to present a valid certificate as per the demand of RRB and the certificate must be issued by Government of India.

The Age limit is to be calculated as in 2021. The relaxation given to the reserved categories are as below:

A candidate appearing for the posts should have:

Q1. What are the RRB Group D exam dates?

Q2. When will the Admit card be released?

Ans. The Admit card for RRB Group D exam has not been released yet, we will update you as soon as they are released.

Ans. As of now, the exam is supposed to be on time, we will update you if there will be any delays in the exam date.

Q4. Are the RRB Group D Exam Dates are final?

Ans. As of now, the RRB exam dates are tentative. The exam is scheduled to be held from 2021. We will update you if there are any further changes.