B.All I, II and II follows

D.Only I and II follows

D.Only I and III follows

B.Only I and II follows

D.Only I and III follows

Direction (4-6): Study the following information carefully and answer the below questions.

Direction (7-9): Study the following information carefully and answer the questions given below it.

7) What is the position of T with respect of W?

8) What is the position of P with respect to V?

9) If S starts walking towards East and after walking a distance of 52m, he takes a right turn and walks another 48m to meet Z, what is the position of Q with respect to Z?

Direction (10): In the question below is given a statement followed by two assumptions numbered I and II. You have to assume everything in the statement to be true, then consider the two conclusions together and decide which of them logically follow beyond a reasonable doubt from the information given in the statement.

10) Statement: The court asked the Petroleum and Safety Explosives Organization (PESO) to review the clinical composition of fireworks, particularly with respect to reducing aluminium content, and submit a report on this within two weeks.

I). The court put the onus on the Centre, state governments, schools and colleges to take up public awareness campaigns informing the public about the harmful effects of firecrackers.

II). Firecrackers alone could not be held as the reason for pollution during Diwali and an entire industry should not be shut down as a consequence. They contended that other factors such as vehicular pollution, construction dust and crop stubble burning also contribute to a great measure to the pollution in Delhi.

C.If either I or II Implicit

D.If neither I nor II is Implicit

E.If both I and II are Implicit 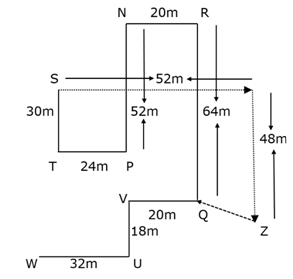 The given statement is saying that the court asked the related Organization (PESO) to review the clinical composition of fireworks, particularly with respect to reducing aluminium content. In this statement it is no where mentioned that the court asked the schools colleges to take up public awareness campaigns informing the public about the harmful effects of firecrackers. Also, the statement did not mention that the firecrackers are causing pollution during Diwali and an entire industry. Therefore, both the statements are not implicit.