2) How many such pairs of letters are there in the word “MANAGEMENT” each of which has as many letters between them in the word as in the English alphabets (Both backward and forward direction)?

3) If in a number ‘1367543286’ two is added in each odd digit and two is subtracted from each even digit after that arrange it in ascending order from left to right. After the operation which of the following digit will be fifth from right end?

Direction (4-7): The questions are based on the following arrangement. Study the arrangement carefully to answer these questions.

4) How many perfect squares are present in the above series which are immediately followed by a symbol and immediately preceded by a vowel?

5) If all the numbers will remove in above series then which element will be fourth to the left of sixth from right end?

6) How many letters are present in the above series which are immediately followed by a number and immediately preceded by a symbol?

7) How many numbers are present in the above series which are immediately followed by a vowel and immediately preceded by a consonant?

Direction (8-10): In each of the following questions, relationship between different elements is shown in the statements followed by two conclusions. Find the conclusion which is definitely true.

a)If only conclusion I follows.

c)If either conclusion I or II follows.

d)If neither conclusion I nor II follows. 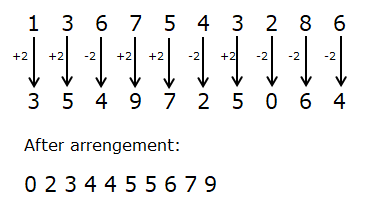