Direction (1-5): Answer the questions based on the information given below.

SBI PO, SBI Clerk, IBPS PO, IBPS Clerk, RRB PO, RRB Clerk, LIC, and RBI are conducting their exam on different months- September, October, November and December on different dates either 10th or 19th of the month of the year 2020. All the information is not necessarily in the same order.

1) Which of the following month and date LIC exam conducted?

A.Exam which is  immediately before RRB Clerk

D.Exam which is  Immediately after LIC

C.Only one exam conducted between RRB PO and LIC

D.RRB Clerk is the last exam

4) Which of the following exam is conducted between RBI and IBPS PO?

5) How many exams are between SBI PO and SBI Clerk?

A.As many as conducted before RRB clerk

C.As many as conducted between LIC and RRB PO.

In a certain code language

6) What does “shm” represent in a code language?

7) What is the code for ‘Hexagon Cone’ in the given language?

8) Whatdoes ‘Zhm’ represent in the given language?

Direction (9-10): In each of the following questions, the relationship between different elements is shown in the statements followed by five conclusions. Find a true conclusion. 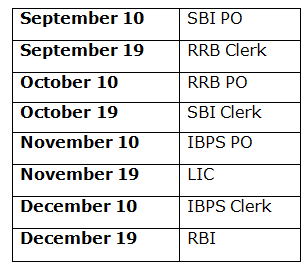 Two exams are conducted between IBPS PO and RBI. 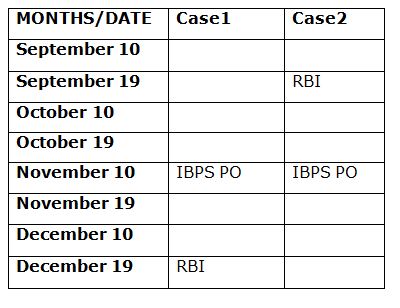 IBPS Clerk has conducted on just after or beforethe RBI exam. 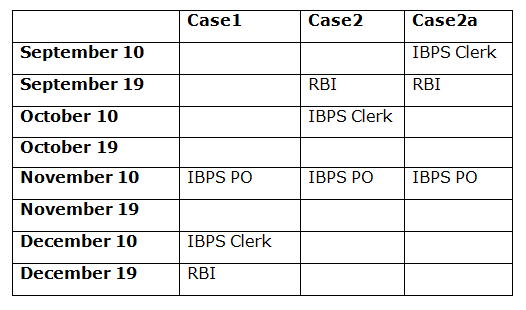 RRB clerk has conducted two exams before the exam which is immediately after RRB PO.

RRB Clerk and RRB PO are not conducted in the same month. 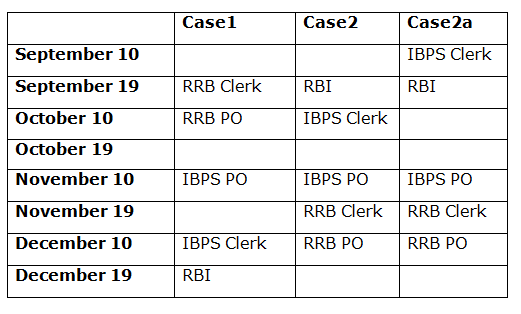 Not more than one exam conducted between LIC and SBI Clerk.

From the above condition, case2 and case2a get eliminated. Case1 shows the final arrangement. 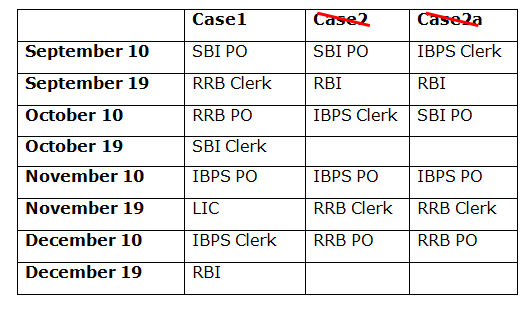