Practice with our SBI PO Prelims reasoning questions 2019 day 1. The Exam pattern for SBI PO has been changing every year. Due to the dynamic changes in exam pattern, the questions become tougher compared to the previous year. So the questions are at a high level than the candidate’s calculation.

Depends upon the current situation our IBPS Guide is providing the updated SBI PO prelims reasoning questions 2019 day 1 for SBI PO 2019. Our Skilled experts were composing the questions under the new level of the examination and in aspirant’s exam point of view. So candidates gear up your preparation, practice daily with our SBI PO Prelims reasoning questions 2019 day 1 and implement your skill. With your attentive preparation, we wish you all getting success in your SBI PO 2019.

Direction (1-5): study the given information carefully and the answer the following question below.

Eight persons A, B, C, D, E, F, G and Hwere promoted on different months of same year January, March, April, May, June, August, September, November and December but not necessarily in the same order.

c) None of those given as option

2) How many persons were promoted between C and E ?

3) Which of following statement is/are true ?

I) H was promoted on April

III) B was promoted after G

IV) C was promoted on November

e) All the above statement are false

4) Who among them was promoted on March?

e) None of those given as option

5) Four of five among the following are similar in such a way to form a group, which one of the following doesn’t belong to the group?

Directions (6-7):Study the following information carefully and answer the questions given below:

Ten persons F, P, H, L, V, D, J, S, K and T are in a family. There are three generations and four married couples in a family. H is maternal grandfather of J. T is only sister of L and V, who is unmarried. K is son in law of F. P is aunt of J. F is not husband of T. D is brother in law of S. D is the only child of his parents. J is the daughter of T. L has no child.

a) Father in law

b) Sister in law

All lily are rose

Some lily are jasmine

Some rose are lotus

No lotus is dahlia

I. All jasmine are dahlia is possibility

II. All lily can be dahlia

III. Some lily which are jasmine being dahlia is a possibility.

a) Only I follows

Some oppo are vivo

All vivo are Samsung

All Samsung are nokia

No Samsung is motto

All motto are nokia

I. All motto can be oppo

II. Some motto are Vivo

III. Some nokia is vivo

All pen are pencil

All pencil are sharpener

All erasers are sharpener

No pencil is eraser

I. Some pen are eraser is a possibility

II. All pen are sharpener

III. Some eraser are not sharpener 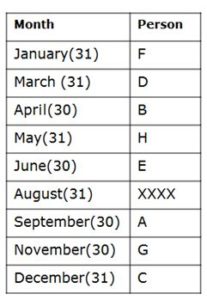 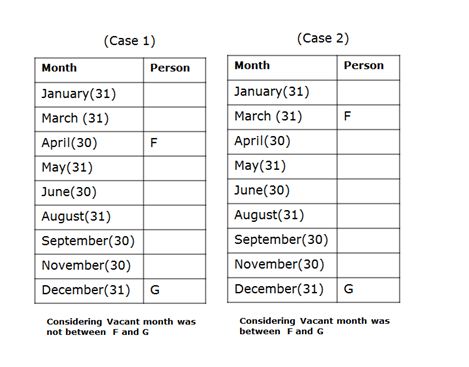 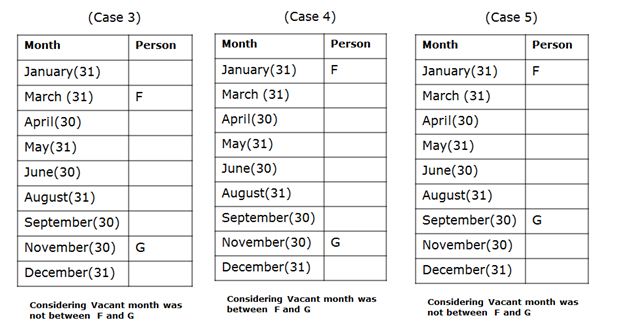 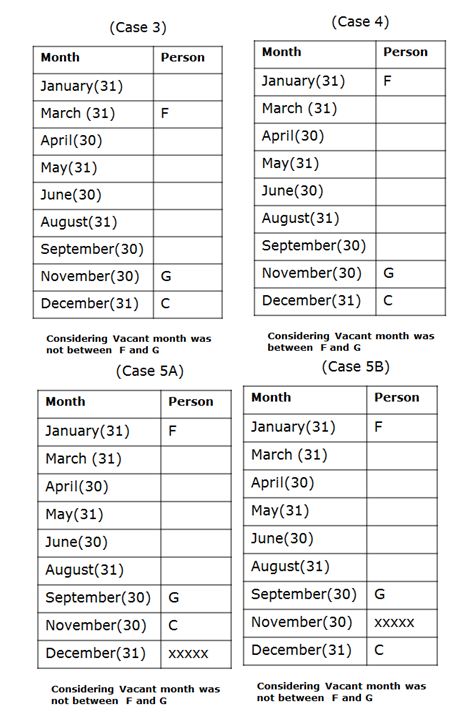 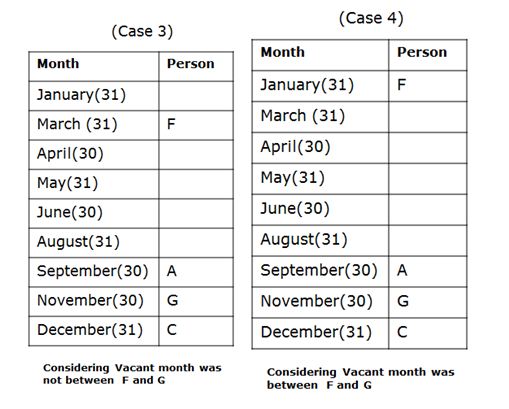 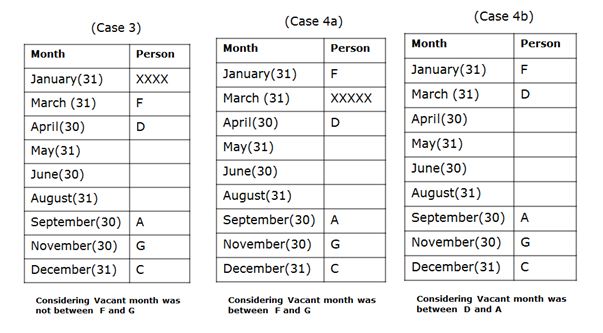 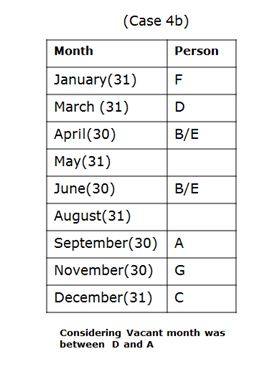 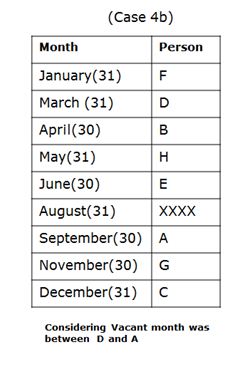 No one was promoted on a month of August

Two persons were promoted between C and E

D was promoted on March

Option e) is differ from another four options