Dear Aspirants, Here we have given the Important SSC CGL Exam 2018 Practice Test Papers. Candidates those who are preparing for SSC CGL 2018 can practice these questions to get more confidence to Crack SSC CGL 2018 Examination.

a) East
b) West
c) North
d) South
2) By showing a photograph to Tharani, who is a female, Divya said, “She is the only sister of son of only daughter of your father’s mother-in-law”. How is the father of Tharani related to the mother of the person in the photograph?

a) Brother
b) Brother-in-law
c) Husband
d) Son-in-law
3) How many vowels are present in the word which is obtained when the letters on even places of the word ‘CRIMINAL’ are replaced by a letter succeeding that letter according to alphabetical series and all the letters on the odd places of the word are replaced by a letter preceding the letter according to alphabetical series?

5) If a mirror is placed on the line MN, then which of the following answer figures will be the correct reflection of the question figure?

7) In the following question, which one set of letters when sequentially placed at the gaps in the given letter series shall complete it?

8) In the following question, select the missing number from the given series.

Who among the following is tallest? 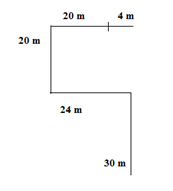 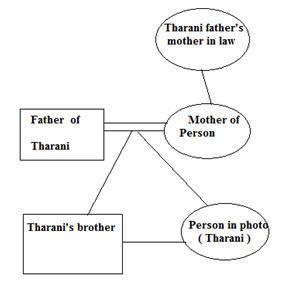 Except violin, sound is produced by blowing air in all the other three musical instruments.

Each day of the week is repeated after 7 days. When we divide 628 by 7 we get 89 as the quotient and 5 as the remainder. Thus, it was a Wednesday (5 days before Monday)