Staff Selection Commission has recently announced the notification for the engagement of Junior Engineer & Combined Higher Secondary Level posts. A lot of candidates have applied and appeared for the CHSL exam which has been going on. The SSC JE Exam which will be scheduled from 30-03-2020 will get postponed due to the outbreak of COVID-19. Due to this critical situation emergency has been declared in many locations. So that the respective officials have postponed both the exams to some other days. The confirmed date will be announced in short due course. So kindly stay tuned with us to get the regular updates. 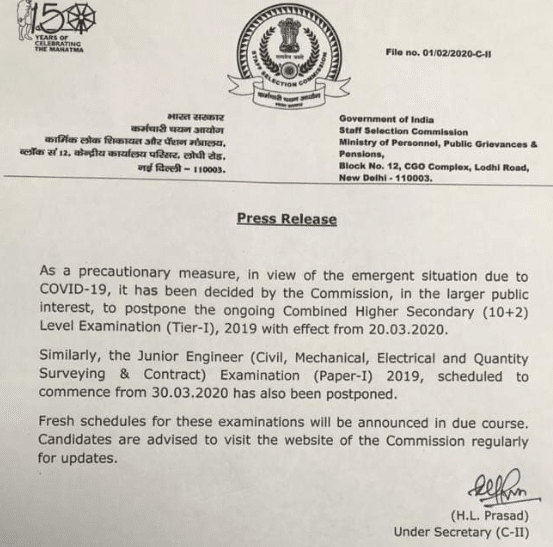