I) All cups are glasses.

II) Some cups are pens.

I) Some pens are cups.

II) Some pens are glasses.

III) Some pens are not cups.

I) No cities are countries.

II) No countries are villages.

I) Some countries are city.

II) No villages are city. 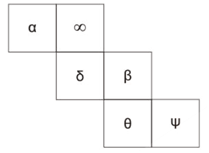 7) From the given options, which answer figure can be formed by folding the figure given in the question?

8) In the given figure, how many papers are also hard?

9) In the given figure, how many keys are duplicate but not steel? 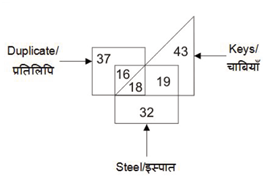 10) In the given figure, how many leather bags are not red? 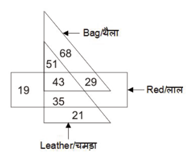 Option (d) can be formed.

Option (d) can be formed.

O keys are duplicate but not steel.

51 leather bags are not red.