I) All big are small.

II) Some small are tall.

III) No tall is white.

I) Some big are white.

II) Some big are not white.

III) Some small are not white.

I) Some cup are hot.

II) All hot are tea.

I) Some tea are cup.

II) All cups are tea.

7) Three position of a cube are shown below.

Which numbers will come on two faces marked ‘A and B’?

9) In the given figure, which Roman numeral represents round tables which are not stones? 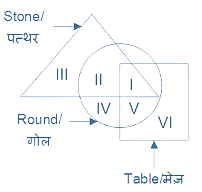 10) In the given figure, how many thin are either player or young but not both? 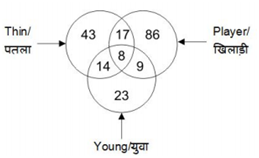 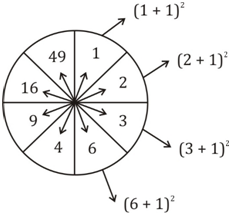 Either I or II and conclusion III follows.

Only conclusion I follows. 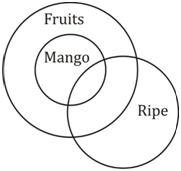 V represents round tables which are not stones