Home » Tribute to Our Heroes – “Black Day” on Indian History

Tribute to Our Heroes – “Black Day” on Indian History

Feb 14, 2019, has become a “Black Day” on Indian History. No one cannot imagine the scene of “Pulwama terror attack”.  A Suicide bomber attacked on CRPF soldiers in Kashmir’s Pulwama district. Officially there are 40+ CRPF soldiers killed by this terrorist attack.  Condemn arising from every corner of our nation. It is extremely a heavy heart feeling for all the citizens and the People of India. 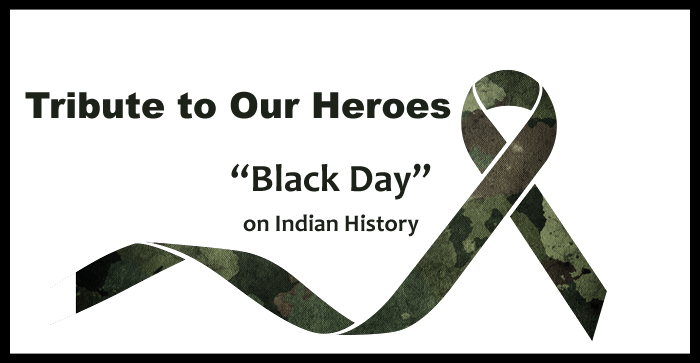 Our Indian Government Strictly warned the force who behind this attack. Prime Minister Mr. Modi Ji stated as “Attack on CRPF personnel in Pulwama is despicable. I strongly condemn this dastardly attack”.

We salute Our great soldiers who sacrificed their lives for our nation.  We are all in immense pain that we lost martyred soldiers of our nation. This is a time to Pay Tribute to Our Jawans. We all learned the lesson from this tragic attack. Hope our government will take most forward moves in security aspects and the same should not happen in the future.