IBPS Clerk Mains 2019 final Official cut off Released. Institute of Personnel banking Selection has out the result of IBPS Clerk 2019 mains final now. The aspirant who appeared for the same can check their result here. Also, the official IBPS Clerk Mains Final cut off has released. The details are available here. Only the candidates who meet the cutoff score will be considered as eligible to engage on IBPS clerical cadre. 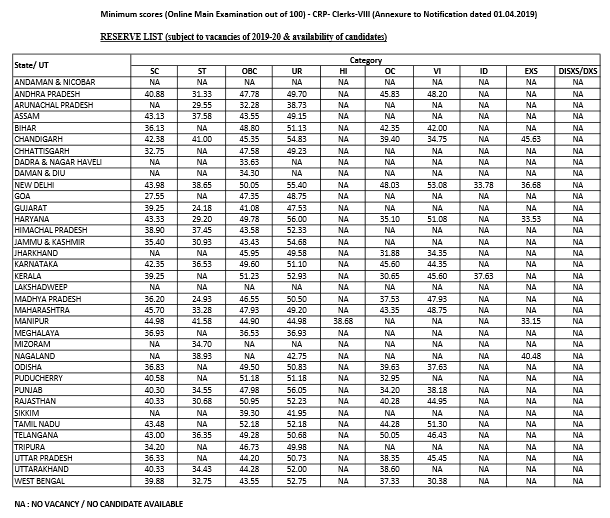 As per the words said by the experts the overall level of IBPS Clerk mains 2019 examination was moderate – difficult.

The Institute of Personnel Banking Selection will decide the sectional and overall cutoff marks. But based on the difficulty level and vacancies our experts have given you the IBPS Clerk Mains Cut off 2019. Kindly refer this article