Dear Readers, Daily Daily Current Affairs News Updates about the National and International events were listed here. Read Current Affairs Today here and stay updated with current news. Candidates those who are preparing for IBPS/SBI/PO/Clerk exam and all other competitive exams can use this and try Current Affairs Quiz to test your knowledge level. 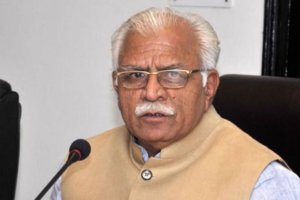 The state government of Haryana has announced lifetime monthly pension of Rs 10,000 for ‘Hindi Satyagrahis’ and those from the state who were jailed during the Emergency.The state government also announced that it would be providing enhanced financial assistance to World War-II veterans and their widows. Vice President M Venkaiah Naidu was the Chief Guest for the occasion. 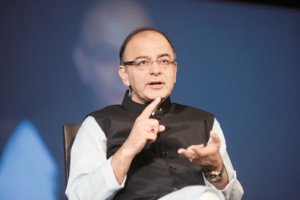 The government set up a ministerial panel, led by finance minister ArunJaitley, to consider and oversee mergers among the country’s 21 state-run banks.Members of the panel on PSU bank consolidation include railway and coal minister PiyushGoyal, and defenceministerNirmalaSitharaman.

India and Tunisia agreed to jointly combat terrorism and extremism while ramping up cooperation in the field of security. A review of bilateral ties was undertaken as External Affairs MinisterSushmaSwaraj co-chaired the 12th India- Tunisia Joint Commission Meeting with her Tunisian counterpart KhemaiesJhinaoui.Six agreements in the fields of judicial cooperation, cooperation in youth issues, information and communications technology, trade and business, were also signed.

Jackson is atop the Forbes list of top-earning dead celebrities for the fifth straight year, with $75 million (all figures in US).Golf legend Arnold Palmerclaims the No. 2 spot with $40 million and Peanuts creator Charles Schulz ranks third with income of $38 million. The list is compiled from information gathered from pretax income from Oct. 15, 2016 through Oct.15, 2017 before deducting cuts for agents, managers and lawyers.

India Tops List of New Tuberculosis Cases in 2016: WHO

India topped the list of seven countries, accounting for 64 percent of the 10.4 million new tuberculosis (TB) cases worldwide in 2016, according to a new report by the World Health Organization.India was followed by Indonesia, China, Philippines, Pakistan, Nigeria and South Africa, according to a Global TB Report 2017 released by the WHO. An estimated 1.7 million people died from TB in 2016. Also, India along with China and the Russia accounted for almost of half of the 490,000, Multidrug-Resistant TB (MDR-TB) cases registered in 2016.

Headquarters of WHO – Geneva, Switzerland

Director General of WHO – TedrosAdhanomGhebreyesus

India Makes it to Top 100 in ‘ease of doing business’: World Bank

India broke into the top 100 in the World Bank’s Ease of Doing Business rankings, notching up the biggest improvement among all countries on the back of big gains on a number of measures. The rise to the 100th position from 130 last year made India one of the top 10 best-improved countries and rounded off a day of good news on the economic front for the government. The World Bank’s ‘Doing Business 2018 — Reforming to Create Jobs’ report ranks 190 countries on the basis of a combined score on 10 parameters. India is the only large country this year to have achieved such a significant shift.

Suresh Chukkapalli, Chairman of Phoenix Group of Hyderabad, has been appointed as Honorary Consul General in Hyderabad by the Republic of Korea, with consular jurisdiction over the state of Telangana.Suresh Chukkapalli was given charge/invested formally at a ceremony in New Delhi.

Bharti AXA Life Insurance, a joint venture between Bharti Enterprises and AXA, has appointed Vikas Seth as Chief Executive Officer. The appointment is subject to requisite IRDAI approval.Prior to joining Bharti AXA Life, he was with the Aditya Birla Group, where he worked for nearly 10 years in different roles. He has also served as the Chief Distribution Officer for Birla Sun Life Insurance.

Bharti AXA Life is a life Insurance player that was started in 2006.

It brings together the Paris-headquartered AXA Group and Bharti Enterprises.

Railway officer Vikram Singh was appointed Private Secretary to President Ram NathKovind. Singh is a 1997 batch officer of the Indian Railway Traffic Service.The Appointments Committee of the Cabinet has approved his appointment to the post for a period of two years. IAS officer P C Meena was appointed Private Secretary to Minister of State for Commerce and Industry C R Chaudhary.

Martina Hingis,one of only six women’s players to hold the No. 1 ranking in both singles and doubles at the same time, will retire after the WTA Finals. Hingis, 37, won Grand Slam titles Nos. 24 and 25 at the US Open in September, capturing the women’s doubles and mixed doubles titles.Overall, she won 13 major doubles titles, along with five in singles and seven in mixed doubles. She held the world No. 1 ranking for 209 weeks during her career, winning 43 WTA singles titles and 64 doubles titles.

Martina Hingis is from Switzerland.

She is the youngest Grand Slam champion in history, having won the Wimbledon doubles title when she was just 15.

Ace Indian shooter HeenaSindhu has bagged gold in women’s 10m Air Pistol event at Commonwealth Shooting Championships in Brisbane, Australia.Heena shot a score of 240.8 in the finals to beat Australia’s Elena Galiabovitch, who has to settle for silver after posting 238.2. Kristy Gillman of Australia picked up the bronze medal with a score of 213.7. India also picked up their second medal through Deepak Kumar as he won bronze in men’s 10m Air Rifle event.