Eight persons- A, B, C, D, E, F, G, and H are getting married on the different months of the same year (2020) Viz., January, March, April, May, June, July, August, and October but not necessarily in the same order.

2) On which of the following month does D get married?

3) If the persons are married in alphabetical order from January then how many persons are unchanged in their position?

4) How many persons are married between F and H?

6) How many persons are heavier than O?

8) As many persons are heavier than L is the same as lighter than __?

9) If all the letters of the word “RECEIVED” are changed to the second successive letter in alphabetical series then how many vowels are there in the word?

10) The Position of how many digits in the number “6279135824” will remain unchanged, when the digits are arranged in the ascending order from the left end? 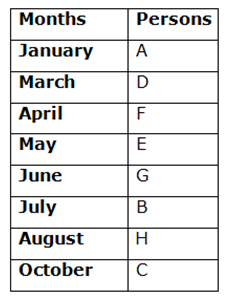 F is married in a month has an even number of days.

The number of persons who are married before F is the same as after B. 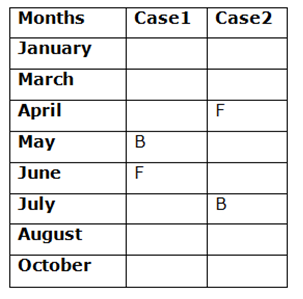 Only three persons are married between B and D.

H is married adjacent to B. 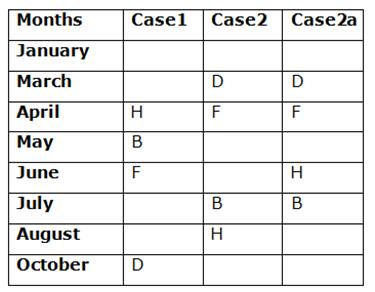 E is married immediately before G.

G does not marry on the adjacent month of H. 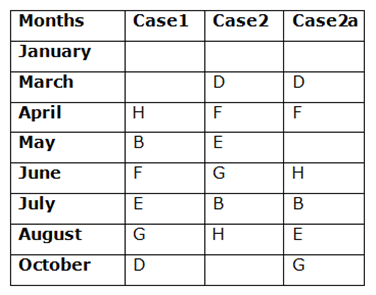 A is married before C.

C is married after H.

From the above condition, case1 and case2a get eliminated. Case2 shows the final arrangement. 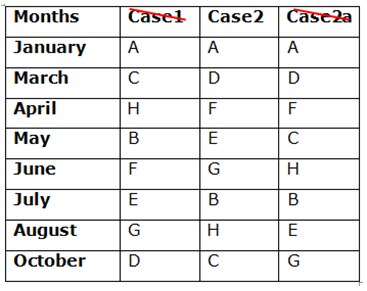