Directions (1 – 5): Study the following pie-charts and table to answer these questions.

State wise details of the Adult Population of a country 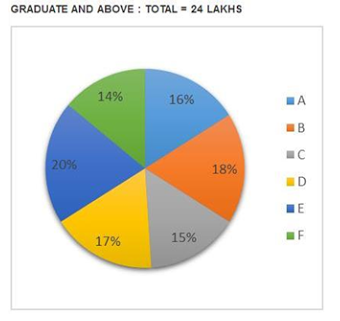 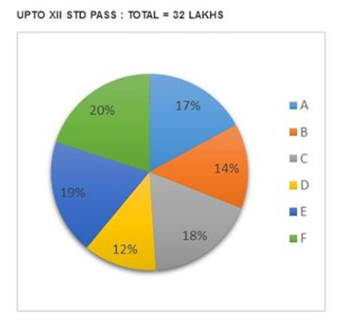 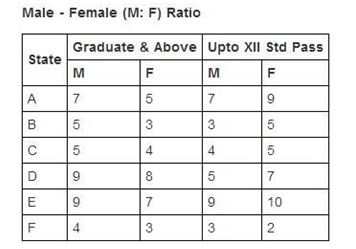 3). Which state has the largest number of female adult population? (Graduate and Class XII combined)

4). Which state has the least number of male adult population? (Graduate and Class XII combined)

9). If the letters of the word “PRINCE” are rearranged as they appear in the English alphabet, the position of how many letters will remain unchanged after the rearrangement?

10). Pointing to a girl, Mohan said, “She is the only daughter of my grandfather’s only daughter-in-law”. How is Mohan related to that girl?

Directions (Q. 11–15): Read each sentence to find out whether there is any grammatical or idiomatic error in it. The error, if any, will be in one part of the sentence. The number of that part is the answer. If there is ‘No error’, the answer is e). (ignore errors of punctuation, if any)

11). Traditionally, the major reason for CPI inflation (a)/ being higher than WPI inflation (b)/ has been that food articles (c)/ had a higher weight in CPI than WPI (d)/ No error (e).

12). India is at the threshold of becoming an economy (a)/ superpower and it is critical for all of us (b)/ to participate in this progress and contribute (c)/ towards transforming India’s socio-economic landscape. (d) / No error (e).

13). I am confident that the Government’s effort (a)/ to enforce key reforms and revive industrial sentiment will be pivotal (b)/ in achieving short and medium term wins (c)/ during the upcoming Budget Session of Parliament. (d) / No error (e).