Directions (3 – 4): In the following questions, select the odd word/ letter/ number pair from the given alternatives.

All steel is iron.

No iron is solid.

I. No steel is solid.

II. Some iron is steel

a) Only Conclusion I follows.

b) Only Conclusion II follows.

d) Neither Conclusion I nor II follows.

6) If a mirror is placed on the line MN, then which of the answer figures is the right image of the given figure? 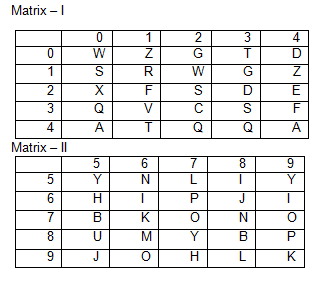 8) Arrange the given words in the sequence in which they occur in the dictionary.

9) In the following question which one set of letters when sequentially placed at the gaps in the given letter series shall complete it?

11) Two positions of a cube are shown below. What will come opposite to face containing ‘4’?

12) Identify the diagram that best represents the relationship among the given classes.

13) Which answer figure will complete the pattern in the question figure?

14) If a mirror is placed on the line AB, then which of the answer figure is the right image of the given figure?

From both conditions commo,n date is 15.

Hence, the birthday of Sumitra’s mother is on 15 February. 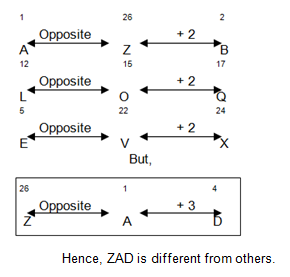 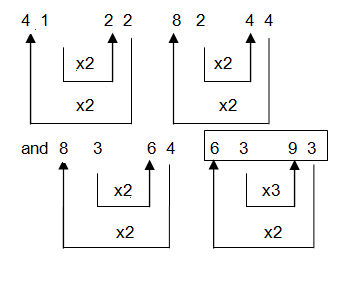 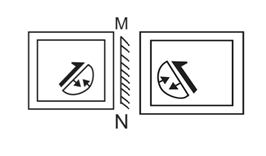 According to the question

Order of series is as follows

On placing set ‘nolmoo’ into the gaps sequentially it will complete the series.

From Cube I and II,

Hence number I will be opposite to the number 4.

According to statement venn diagram is as follows

On placing the mirror on line AB question figure will appear as answer figure (3). 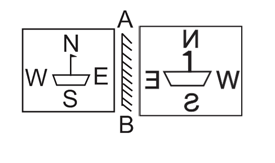 According to the BODMAS