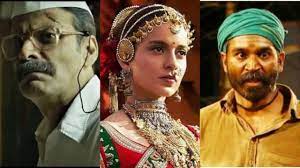 The candidates preparing for competitive exams can make use of this article for General Awareness Section for which the questions regarding the 67th National Film Awards 2019 Winners List might be asked.