Directions (1 – 5): Study the given information carefully and answer the given question.

As per the rules followed in the steps given above, find out in each of the following questions the appropriate step for the given input.

1) What will be the final result of the given input?

2) What is the sum of inverse of the numbers obtained in step 3?

4) If the number obtained in second block of step III is multiplied by 7 what will be the resultant value?

9) Study the following information carefully and answer the questions given below:

Statement: For the first time since starting its operations a decade and a half ago, Delhi Metro has seen a substantial dip in its daily ridership.

3) People find Delhi Metro too much crowded all along the day.

4) There has been a rise in the fare of Delhi Metro by the DMRC officials.

Which of the following will be a valid reason for the decrease in ridership by the Metro?

10) In the question below is given a statement followed by two courses of actions numbered I and II. A course of action is a step or administrative decision to be taken for improvement, follow-up or further action in regard to the problem, policy, etc. On the basis of the information given in the statement to be true, then decide which of the suggested courses of action logically follow(s) for pursuing.

Statement: “Air pollution caused by petrol and diesel vehicles is killing millions of people in cities around the world,” Paris Mayor Anne Hidalgo said in a statement. “The same emissions are also causing climate change.”

I: The mayor should buy only zero-emission buses from 2025.

II: The mayor should promote walking, cycling and the use of public transport in Paris.

c) Either I or II

d) Neither I nor II

Same process is applied in all pair of blocks.

Same process is to be repeated (on second digits of all three blocks) to get the second block.

Same process is done on second digits of previous blocks to get the second block of this step.

Same procedure is applied for the given input: 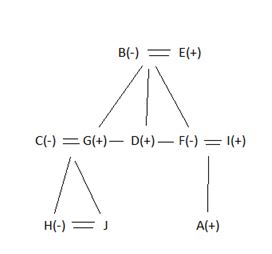 Rise in the fare, and being too much crowded give inconvenience to riders, hence are the reasons for the decrease in ridership by the Metro.

So, option (C) is the correct answer.

Option 2 represents positive-benefit of the metro, while Option 1 illustrates a quality of the Delhi metro.

Both I and II are actions that would reduce air pollution, and hence should be the courses of action.